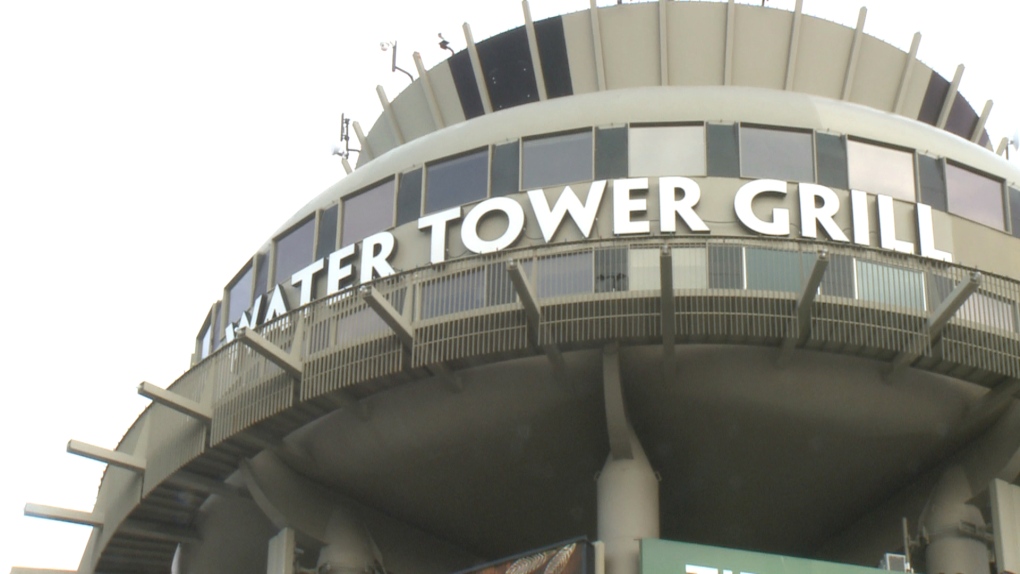 The Water Tower was completed in 1959 and served as an actual water tower until 1999. It was saved from demolition and a restaurant first opened at the site in 2004.

The Water Tower Grill and Bar will be reopening Jan. 2 under new ownership with a new vision for success.

Ram Khanal and his wife Olga have worked the cruise lines and after moving to Canada they bought the Picture Butte Hotel and y, the Telegraph Taphouse in Lethbridge.

Now, they are preparing to cook up something delicious inside the historic water tower.

Khanal says it’s a great honour to take over such an iconic building.

"We have our share of naysayers, but we believe with delicious, affordable food, a great vibe, and this amazing view, the people of Lethbridge will love our new restaurant," he said.

Construction on the water tower began 1957 and was completed in 1959.

It ceased being a working water tower in 1999, but was saved from demolition when Douglas J. Bergen & Associates Ltd. was granted a development permit to transform the structure into a restaurant and lounge.

Since 2004 it has housed two other restaurants — Ric’s Grill, which was followed by the Water Tower Grill owned by the Vintage Group out of Calgary. That restaurant closed in October, but Khanal says it only made sense to keep Water Tower in the name.

Khanal says his team has also rehired ten of the previous employees and could hire more before the restaurant opens next month.

In total the operation will employ 20 people full time, and another 15 to 18 in part-time positions.

Working with local farmers and ranchers, the Water Tower team is working to create a menu that is Mediterranean-inspired, with food from North Africa, through Nepal and India.

But he says it will also offer standard western food for those who prefer to keep things closer to home.

Khanal says they are aiming to provide an affordable, gourmet-meets-casual restaurant, that will appeal to everyone.

The lounge will also offer a daily cocktail hour, from 3 to 6 p.m.

Khanal says there’s always a risk to opening a new business, but he has faith in the local economy, and in the people of Lethbridge.

Khanal says they have had a lot of support since arriving in Canada and that continued when they expanded to Lethbridge and took over the Telegraph Taphouse.

"We anticipate the same level of support here as well. That’s our hope" he said.