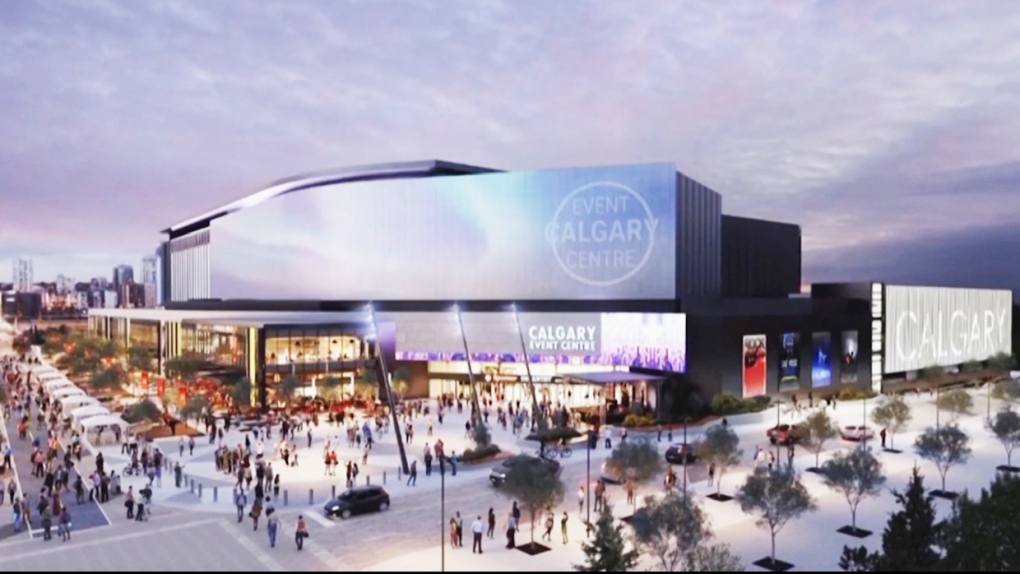 Artist rendering of the Calgary Event Centre project that was scrapped when the Calgary Sports and Entertainment Corporation stepped away from its deal with the City of Calgary. (supplied)

The majority of the meeting was held behind closed doors, with officials saying discussions are still ongoing toward bringing Calgary Sports and Entertainment Corporation (CSEC) — the company that owns the Calgary Flames among other local sports teams —to the table on a new arena deal.

"As we go through these next couple months, we are hoping for an even bigger update for September with more information to be able to speak about," said Ward 1 Coun. Sonya Sharp, who chairs the committee.

A third party has been tasked with gauging whether CSEC is interested in doing another deal with the city to replace the Scotiabank Saddledome.

Sharp says she's optimistic as administration has been tasked with moving this process along quickly.

"Time and speed will be my priority, and they knew I would be pressuring them to move quicker than usual, and they have," she said.

The committee and administration say there are no concrete details to be released in relation to any sort of plans for a new event centre, but discussions continue.

"The work is progressing well, we have a lot to do over the course of the summer months," said Stuart Dalgleish, general manager of planning and development with the City of Calgary.

The committee came to fruition after the agreement to build an event centre officially fell apart at the start of this year when the city and CSEC couldn't agree on additional funding needed for the project around environmental concerns.

An agreement to build a new event centre was signed in December 2019, with the city and CSEC splitting the cost of the $550 million project. Costs increased to $634 million before the deal expired on New Year's Eve.

The committee will meet again in September.

The bizarre history of Groundhog Day

It's about as strange (and cute) as holidays get. So how did Groundhog Day go from a kooky local tradition to an annual celebration even those of us who don't worry about winter can find the fun in?