Oil jumps, but not high enough to alter grim landscape

CALGARY -- Tyler Volsky is happy it's so cheap to fill up his tank.

He’s just not thrilled about the reasons why.

“I would say it’s a good thing,” Volsky said Thursday, outside the Shell station in Kensington, where gas was selling for 62.9 cents a litre, “but the circumstances don’t call for it.”

The price at the pumps has fallen along with the cost of a barrel of oil.

At one point this week, a barrel of Western Canadian Select (WCS) was selling for barely five dollars barrel, thanks to the COVID-19 pandemic and a price war between oil-producers Russia and Saudi Arabia.

That’s been a devastating blow for Alberta’s energy industry.

“You stay positive. This is an adjustment and everything is going to change, “ said Volsky. “I’m hoping things change and get better obviously .”

On Thursday things did get better...sort of. 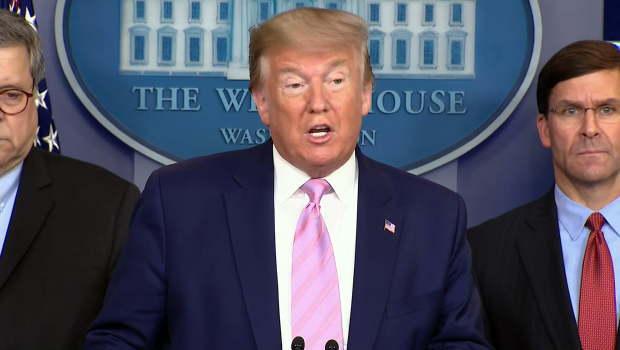 That prompted the price of oil to jump by 35 per cent, bringing West Texas Intermediate (WTI) it to just $27 a barrel...still far below profitability.

Also, even though Trump said curtailment was coming, neither Russia nor Saudi Arabia officials confirmed they’d signed off on it.

“I have a hard time thinking of the 10 million barrels a day (reduction), that would be a very substantial part of the combined production of those two countries,” said Encana founder Gwyn Morgan.

“We know what that fallout has been so far in our industry," Morgan added. "The oil price discount combined with COVID-19 reduction in demand has pushed (companies) over the abyss. The market prices of the top 30 oil and gas companies has fallen between 80 and 100 per cent over the last number of days.”

In the meantime, several energy companies are adjusting for their new reality.

It’s also rolling back executive salaries between 15 and 25 per cent.