CALGARY -- Signs bearing the hashtag #slowthebow are sprouting along roads in northwest Calgary as opposition grows against a proposed berm to be built along the Bow River.

The 3.4 kilometre berm would stretch from a point downstream of Bowness Park where the CP rail tracks cross the river, and run east up to Shouldice Bridge.

Comprised mainly of people whose homes back onto the Bow River along Bow Crescent the Bowness Responsible Flood Mitigation Society (BRFMS) argues the proposed flood barrier would do little to protect their homes, cause a lot of damage to their community, and ultimately cost taxpayers more money than it’s worth.

“It won't be effective against the predominant amount of flooding that occurred seven years ago, which is groundwater coming up to the water table," said BRFMS supporter Rob Nieuwesteeg. “ It's got to be a prudent use of tax dollars. This berm isn't and certainly not at the budget they’ve proposed thus far.”

The BRFMS claims 80 per cent of the damage to Bowness homes in the 2013 flood was from groundwater flooding, not the overland flood a berm is designed to protect against.

“They're proposing - at the taxpayers expense - to build this three to four kilometer overland flood barrier to address small overland floods. without addressing groundwater, so our damages are going to continue. What's the upside of that?” asked BRFMS Chair Jean Woeller. “There's all kinds of downside in terms of the cost to the taxpayer. The destruction of the natural river environment. They'll need to remove more than 3000 trees to build this four kilometer flood barrier.” 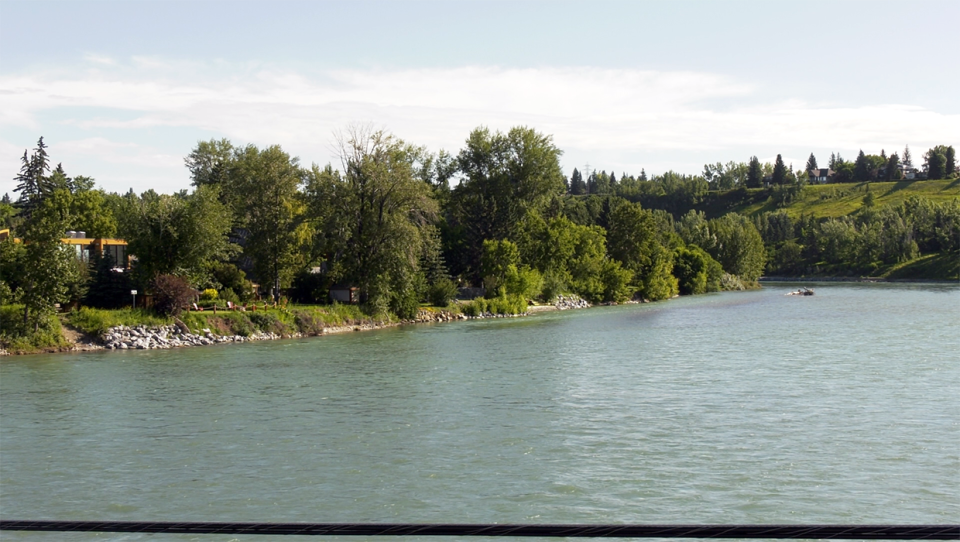 BRFMS says the real solution would be an upstream mitigation reservoir.

The city says upstream mitigation, including a reservoir is planned. It says the reservoir, along with an agreement reached with Transalata to monitor and adjust river levels, and the berm provide a three-pronged approach to preventing a one-in-200-year flood, but insist the berm is an integral part of that plan.

“We need a combination of all three, not just one and we all understand that.” said Ward One Councillor Ward Sutherland. “How we move forward with the the berm in Bowness will depend on the geotechnical (assessment) results that we expect to come in early fall. The results will tell us what underground issues there are, how deep and how high and how costly it (the berm) would really be.

The reservoir and berm, or “low height barriers” together are expected to cost up to $775 million.

People who live along the river also worry their property values will suffer as a result of years of construction and the potentia loss of their easy river access. The BRFMS says even the discussion of a berm has had a negative impact.

“It has already significantly dropped our property values and our liquidity.” said BRFMS technical director Hank Vrielink. “There are many people who are trying to sell their homes here for a variety of reasons. Liquidity of those homes is significantly reduced, so we are already paying a great price in the loss of property value and most importantly, liquidity.”

Councillor Sutherland said the city has a responsibility to protect all the citizens of Bowness, adding that the vast majority of Bownesians have told the city they want the berm. 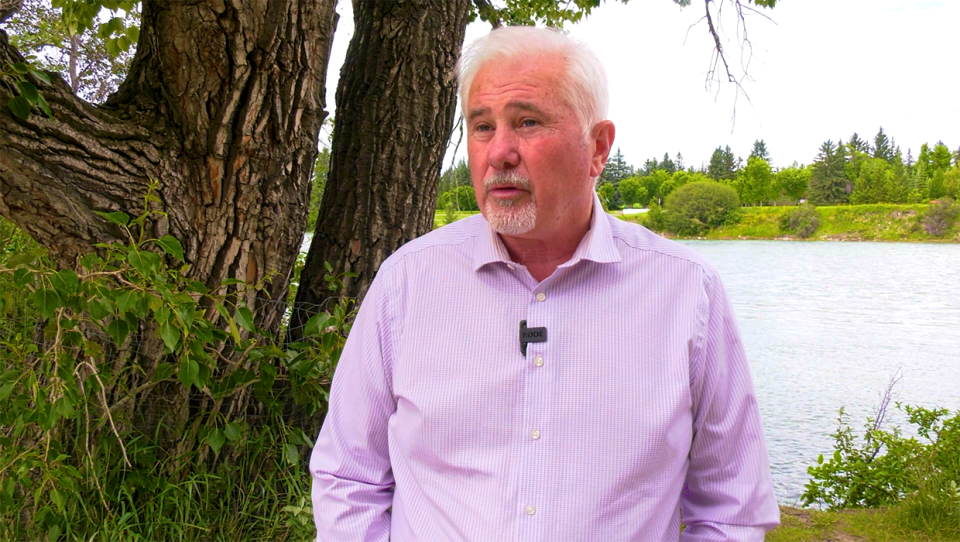 “We've done a survey and over 87 per cent of Bownesians want it (the berm)," said Sutherland “So 10,000 people want protection, and it's also the city's duty. This was part of council's decision as a whole, including the Elbow and the Bow River, of what (flood) mitigation we would take.”

Woeller said the BRFMS disputes the city’s numbers, and questions the value of its survey.

“There's only roughly 400 properties within the flood fringe who are directly impacted by flooding along the Bow River,” said Woeller “So surveying 10,000 Bownesians to come up with a response rate of 87 per cent in favour, to me is a flawed survey.”

A technical survey is expected to be finished by late August, and according to Councillor Sutherland if it is favourable, work on the berm will proceed.

“It'll depend if all the information is there and if the price is right, if we have the budget to do it, then it will proceed,” said Sutherland.

Now, it might go slower or faster, depending on whether land owners want to participate or not. We don't want to go into expropriation of parts of land. We want to work and try to do what's right for the community and for the city, and also what's right with the land owners along there to make it as attractive as we can.”

The BRFMS wants city council to hold off taking any action on the upcoming report, and are asking councillors to order a new round of public consultations before any work on a berm in Bowness proceeds.