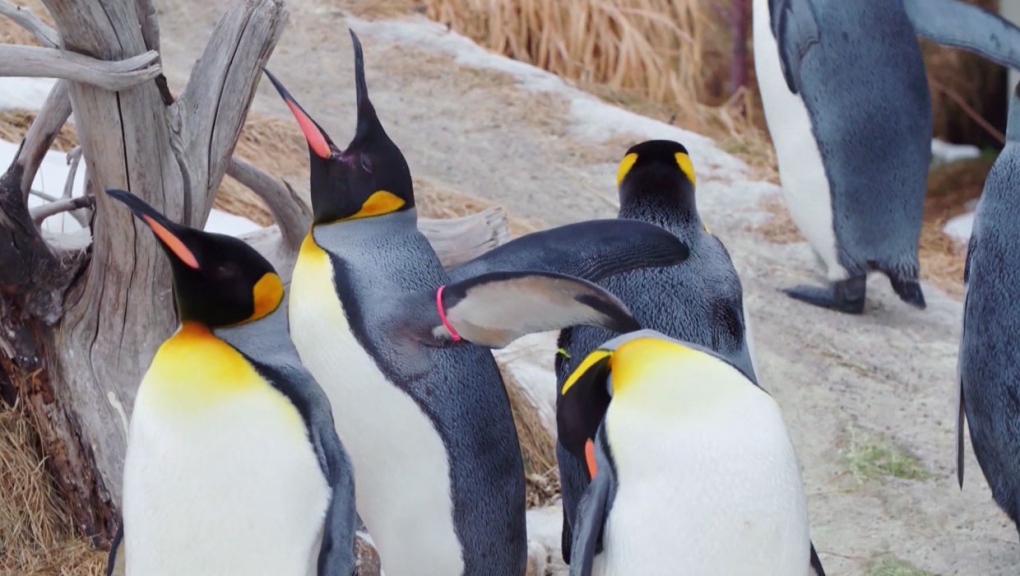 The Calgary Zoo is expected to reopen to the public next week, but only in a limited capacity.

CALGARY -- One of the city's premier attractions is aiming to reopen this week, but visitors will need to abide by a number of new rules because of the COVID-19 pandemic.

The Calgary Zoo has announced a new outdoor Zooventure, which invites people to explore the facilities outdoor exhibits such as the Canadian Wilds, the African Savannah, the Dorothy Harvie Gardens, Prehistoric Park as well as the zoo's animals from East Asia such as the Japanese macaques, red pandas and Amur tigers.

There are some changes that those wishing to come to the park will need to be aware of, the zoo says.

Tickets will not be sold onsite, the zoo says, and there will also be a limit on the number of guests.

"We will be limiting the number of guests per hour and per day," said Alison Archambault, director of marketing at the zoo, adding that it will be considerably less than their threshold.

The tickets are also timed specifically to reduce the number of guests at the zoo gates, she says.

"We're not saying people can only stay a certain amount of time in the park, but members and non-members will need to purchase tickets ahead of time.

Archambault says the zoo has worked extensively with Alberta Health in order to prepare for next Saturday's opening. All visitors will be guided through the park on a tour along one-way pathways.

"It's very clear that there is one way to travel through sections," she says. "We also have short cuts in place in case kiddos get tired."

Visitors will also need to practice physical distancing by maintaining a two-metre gap between themselves and others and wash your hands for at least 20 seconds.

Masks are not required for visitors, but are recommended for those aged two years and older.

There are some changes in place as a result of COVID-19 as well, including:

However, the following services are not available:

As a special offer for zoo members only, the park is offering early admission on May 22. The same timed-entry tickets, available online, apply.

Zoo officials are expected to release further details about extending membership expiry dates in the near future.

Pandas won't be available for viewing

The Calgary Zoo's pair of giant pandas won't be part of Saturday's grand reopening as both prefer to stay inside their enclosure for the most part. Archambault says both Er Shun and Da Mao are also in quarantine before their trip back to China.

While visitors won't be able to see them anymore, the zoo does have some special things planned before their departure.

"We have a Facebook Live video planned and we will be creating a 'goodbye' video," Archambault says.

There are no plans about what species will be brought in to replace the bears in their building. The Panda Passage, which cost $31 million to build, was meant to house them for the duration of their stay.

"We don't have any firm plans on what species will go in there," she says. "But we'll share details when they become available."

While the pandas aren't available for viewing, some of the zoo's other favourites will be on display.

"The penguins will be available outdoors on the single direction tour," Archambault says. "The lowland gorilla do have an outdoor view area but won't be out for the reopening but plans are in the works to make them available."

The facility revealed earlier this week that if they aren't able to open for the summer months, they could lose approximately $27 million in revenue.