Places of worship struggling during pandemic

CALGARY -- Calgary houses of worship are saying prayers that those vaccines turn the pandemic around.

That's because fewer people are attending churches and mosques in Calgary because of social distancing requirements. In most cases, that means less revenue coming in - much less.

Bishop William McGrattan heads the Roman Catholic Church in Calgary. Earlier this month he wrote a letter to parishioners explaining cost-cutting measures in the diocese that began in April.

Restricted attendance of about 30 per cent of the normal capacity has dropped revenues by 20 to 40 per cent. The church’s fiscal guidelines included the temporary layoff of staff at the parishes and the diocese, a salary reduction for the clergy and other cost containment measures.

Moving forward with no end of the pandemic in sight - at least not in the immediate short-term  -  the bishop is widening those cost-cutting measures.

“This means that the temporary layoff of staff in parishes and at the pastoral centre will become permanent for some,” said McGrattan. “These decisions will impact those employees who will not return to work, their families and all of our parishioners in one way or another.”

McGrattan says the decisions are necessary so that the mission of the church will be sustained in this time of pandemic and to provide for a solid foundation for the future.

“I deeply regret that this step is being taken because the diocese and our parishes have been blessed with such dedicated staff,” said McGrattan.

Layoffs at the mosque 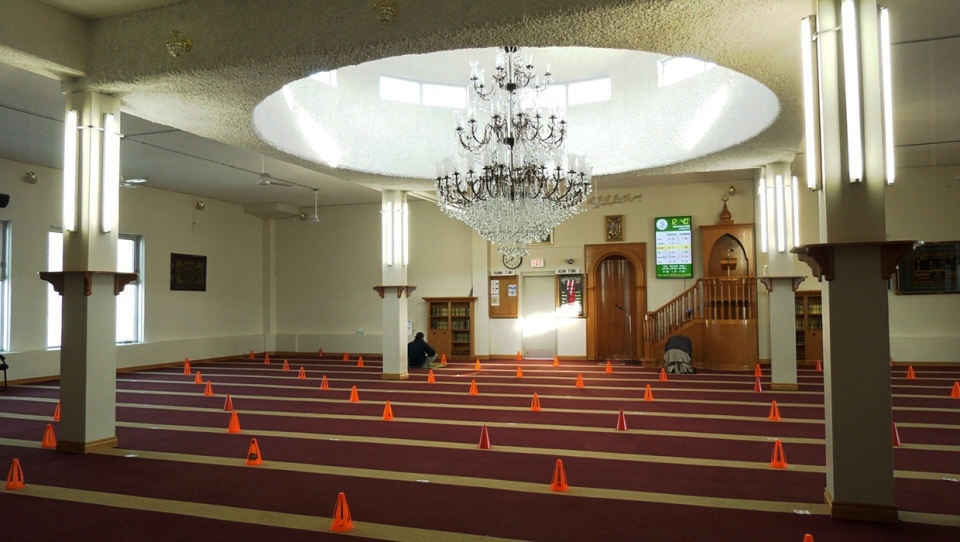 At the Calgary Southwest Mosque, pylons mark rows where worshippers can safely maintain required distancing for Friday prayers. Fewer people are allowed in and that’s resulting in fewer donations.

Wissam Akl is a Calgary Islamic Centre director and says that’s resulted in laying off upwards of 90 per cent of staff at the mosque.

“We’re down 75 per cent in donations,” said Akl. “That has to do with people not coming in as well and when you have that disconnection from your mosque or church or whatever you don’t have that in the forefront of your mind.”

The Lakeview United Church has stopped in-person services all together. They’re now videotaped and offered to the congregation via the church’s website.

Reverend Jope Langejans says during the summer, services were offered outside the church for 16 straight weeks. He’s learned to adapt to what’s required to keep people safe.

"It's changing and it will change when it's all over," said Langejans. "I think there will be more people watching and doing what we're doing right now."

"Church will change," he added, "and I think we have to change with the church."