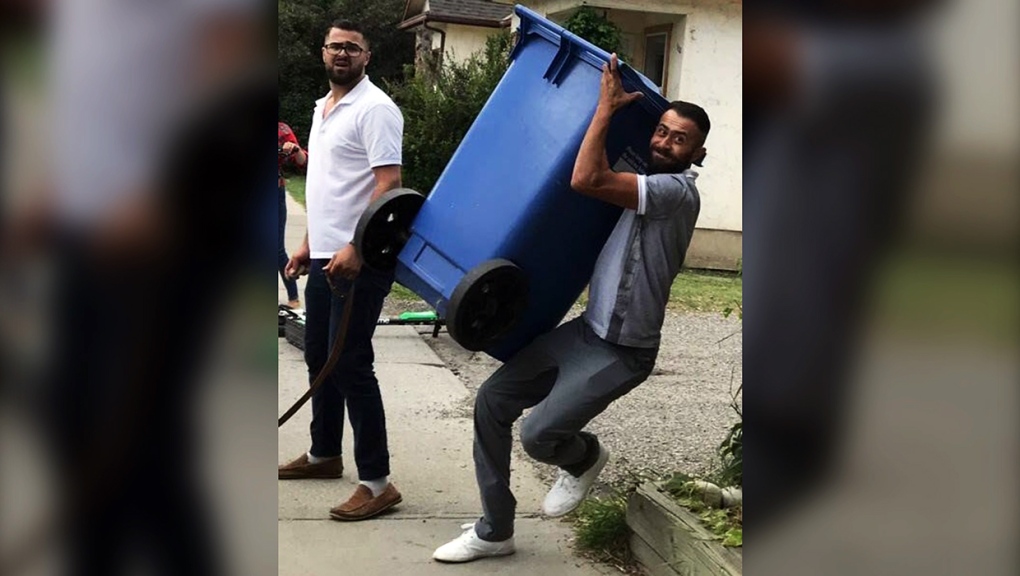 Calgary police are looking for information about three recent incidents they say were hate-motivated against the LGBTQ2S+ community, including this one which took place Monday near 9th Street northwest and Memorial Boulevard.

The first incident took place Friday, July 19, 2020 near the corner of 17th Avenue and 12th Street, when a group of men attacked a man and called him homophobic slurs.

The second took place Saturday around 1 p.m. on the Rainbow Crosswalk at the corner of Centre Street and Stephen Avenue Mall, when a drag king recording a video was spat upon by a man walking past.

The third incident took place Monday, Aug. 3, around 5:30 p.m., near the intersection of 9th Street and Memorial Drive in Kensington, when two men and two women on scooters approached a same-sex couple, and it's believed the two men attacked the same sex couple, using a belt, rocks and a recycling bin as weapons, before fleeing. 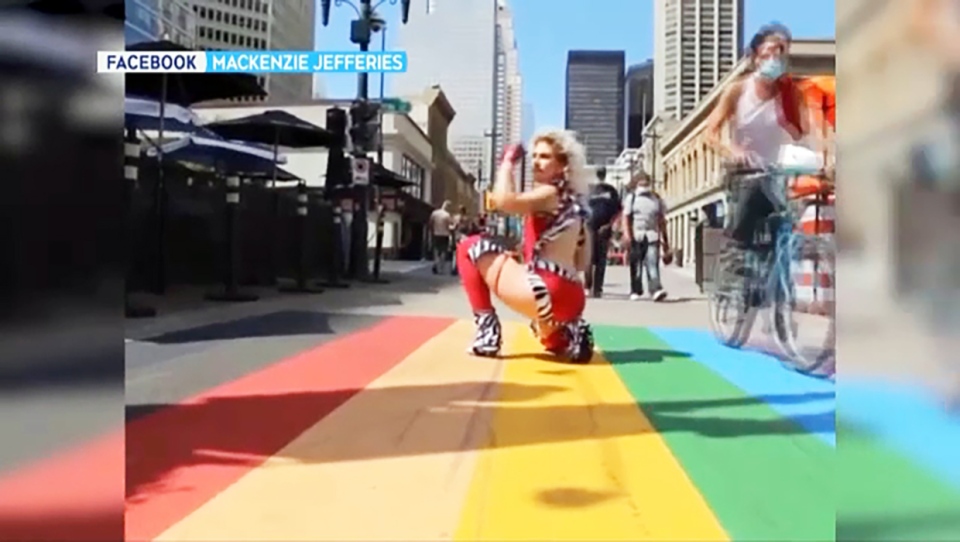 The victims were treated and received medical care for non-life threatening injuries.

The two suspects are described as about 30 years old, average height and build, with trimmed black beards and short black hair. One was wearing black framed glasses, a white polo shirt, dark pants, brown loafers and white socks. The other wore a grey polo shirt with white collar and sleeves, grey pants and white runners.

"It is shocking to see anyone targeted for a crime because of a personal characteristic, but it is extremely disturbing to see the same community targeted three times in one weekend," said Sergeant Arlene Padnivelan, with the police department's Diversity Resource Team. "It is unacceptable that this is happening and we will absolutely investigate anytime a crime is motivated by hate or bias." 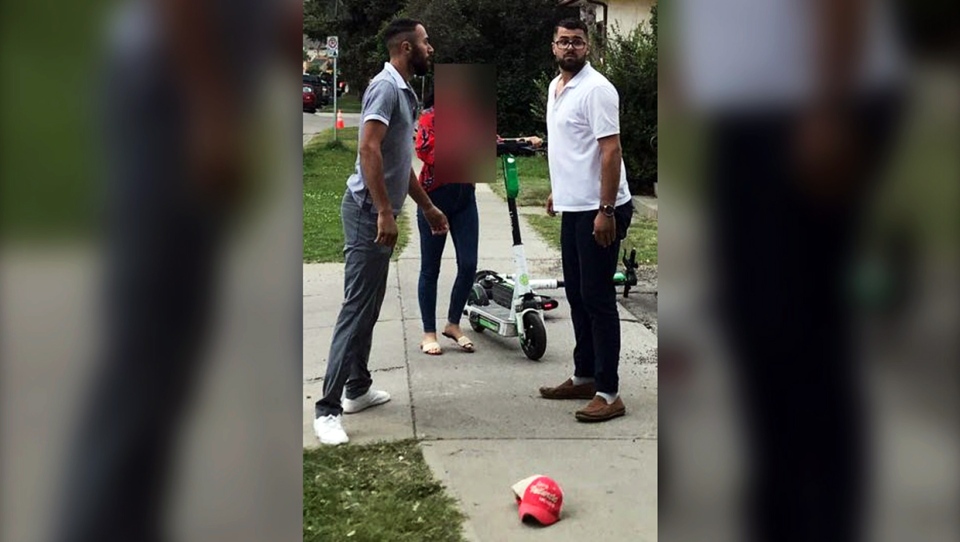 Padnivelan added that the police encourage anyone who has been targeted for ill treatment or a crime because of their sexual orientation, gender, race, or religion to report it.

"We respect the wishes of those who are most affected by the incident and never force a victim to participate in a police investigation," she said. "However, if there is a way we can help make a person feel safe enough to come forward, we want to try to do that."

In an update Wednesday, Calgary police confirmed they have identified the suspects wanted in connection with the assault on the same-sex couple in Kensington.

Anyone with information about the three incidents or the identity of the suspects can also report it at the same number, or submit anonymous tips at 1-800-222-8477, at calgarycrimestoppers.org or by using the "P3 Tips" app.

We are aware of 3 potential hate-motivated crimes that targeted Calgary's gender and sexually diverse community over the weekend. Investigations are underway and we are asking for anyone with information to contact us at 403-266-1234 or @CanStopCrime. #yychttps://t.co/zFqY0Sdaqr pic.twitter.com/nuUu0kKjZ1