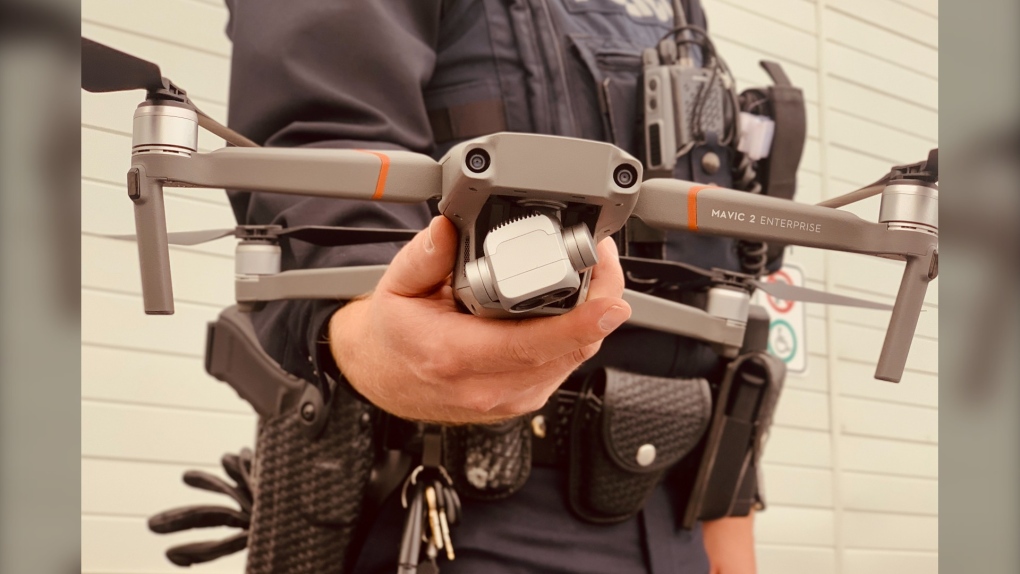 Lethbridge police used a drone to find a missing man.

CALGARY -- Lethbridge police were able to find a man soon after he was reported missing Wednesday with the use of a drone.

The missing person report came in about 8:15 p.m. from West Lethbridge, saying the man was last seen in a field near a home.

There was concern for his safety as he wasn’t dressed for below-freezing temperatures.

“Police determined their search for the missing person would benefit from the use of an Unmanned Aerial Vehicle (UAV), commonly knowns as drones,” read a release.

“Despite challenges presented by cool temperatures, wind and obstacles including power lines and an electrical substation in the area, the police pilot was able to locate the man with the aid of the drone’s infrared camera.”

Lethbridge police have three drones, which have been in use since 2015.