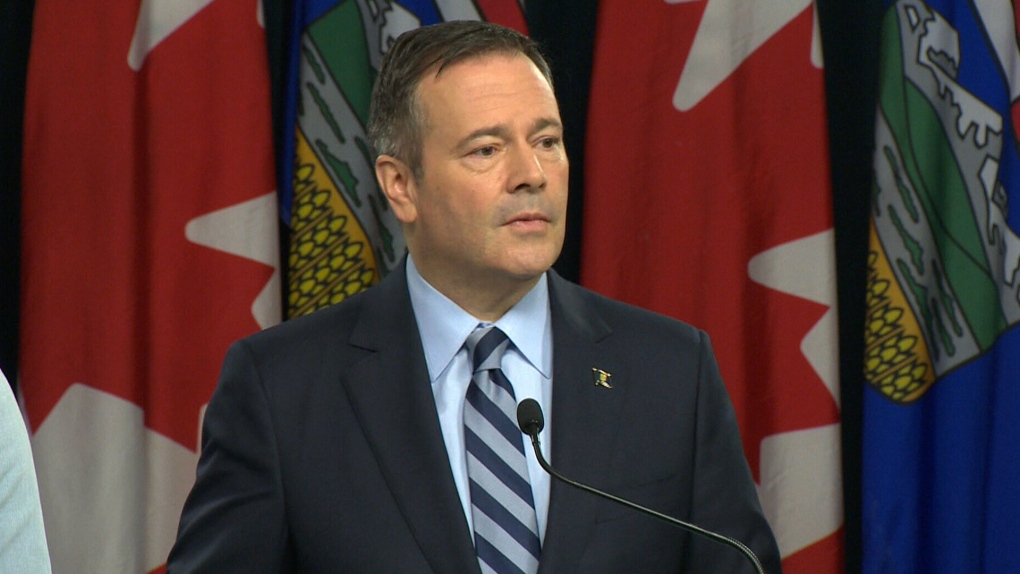 Kenney made the announcement, called 100 Days of Promises Kept, at the Edmonton Federal Building Plaza.

Groups that include Indigenous people can apply for a grant to help support legal actions towards advancing Alberta's energy and natural resource development.

"For too long, pro-development First Nations have been ignored in the debate over resource development," Kenney said.

Since the UCP were elected, there have been a number of promises the party has kept its word on.

As expected as the first order of business, the UCP introduced Bill 1: An Act to Repeal the Carbon Tax.

The bill eliminated the tax on Alberta consumers and facilities that produce less than 100,000 tonnes of carbon per year, although larger industrial projects like coal-fire power plants still have to pay their own version of the carbon tax.

The bill itself also creates some uncertainty for carbon-tax funded projects and the future of Energy Efficiency Alberta. Bill 1 does not repeal the carbon tax across the entire economy and Ottawa will impose its own federal carbon tax in January.

Turn Off the Taps

The UCP made good on introducing Bill 12 in June. The so-called Turn Off the Taps legislation was meant to put pressure on British Columbia and that province’s opposition to the Trans Mountain Pipeline.

Whether or not that legislation is enforceable has yet to be made clear after a decision was stayed in a Calgary court room. The case is now bound for federal court.

The initiative is aimed at fighting what Kenney calls a foreign-funded campaign that attack Alberta’s oil and gas industry. Some critics however are calling this an attack on free speech.

“Probably he’s thinking something along the lines of what Ralph Klein did in cutting provincially paid people by about five per cent for a certain period of time to try to help balance the books,” said Mount Royal University political scientist, Lori Williams.

“But there’s one very significant difference that’s occurred since Ralph Klein did what he did, and it can’t be done unilaterally by the provincial government.”

The province and public sector workers are back at the negotiating table Wednesday.

Questions are continuing to be raised with regard to Kenney’s UCP leadership campaign.

The Elections Commissioner opened a new investigation Tuesday, looking into allegations that Kenney solicited more than $20,000 in contributions from a single person, potentially breaking election laws.

Allegations against Singh include voter fraud, bribery and irregular contributions during the UCP leadership race.

“Another day, another investigation into allegations of serious misconduct or irregularities into the UCP leadership,” said Heather Sweet, the NDP Democracy and Ethics Critic and MLA for Edmonton-Manning in a news release.

“This is getting ridiculous with seven ministers and backbenchers having been questioned by the RCMP, another MLA under investigation for bribery and almost $170,000 in fines issued, Albertans are right to wonder if they can trust this government,” she said.

The Alberta NDP caucus says it will continue to call for the UCP to name the special prosecutor appointed to oversee the RCMP investigation into allegations of voter fraud.

(With files from Kelsey Dyer)