DRUMHELLER, ALTA. -- As an outbreak at an Alberta prison grows, those on the inside say they believe containment measures have gone too far.

There are currently 131 COVID-19 cases linked to the Drumheller Institution.

53 of them are active, but some say the virus numbers are not their only concern.

Multiple offenders have reached out to CTV News to complain of worsening living conditions they believe are unjustifiable.

"We're locked in our cells for 23 and a half hours a day," Charles Hugie said. "They're feeding us at three or four o'clock for supper and then we go 17 or 18 hours without being fed again.

"Everybody has got the exact same complaints."

Hugie is just one prisoner who says the lockdown has limited inside movement and taken away the ability of offenders to keep themselves healthy.

One inmate says he hasn't been able to keep up with personal hygiene -- like teeth-brushing and bathing -- because of strenuous, extended cell time.

Hugie complains of not being able to communicate with his family because of strict lockdowns. His phone-call with CTV News was cut short after just minutes.

"(The institution managers and guards) just use COVID-19 as a blanket statement and say that none of their directives matter because of (the virus)," he said. 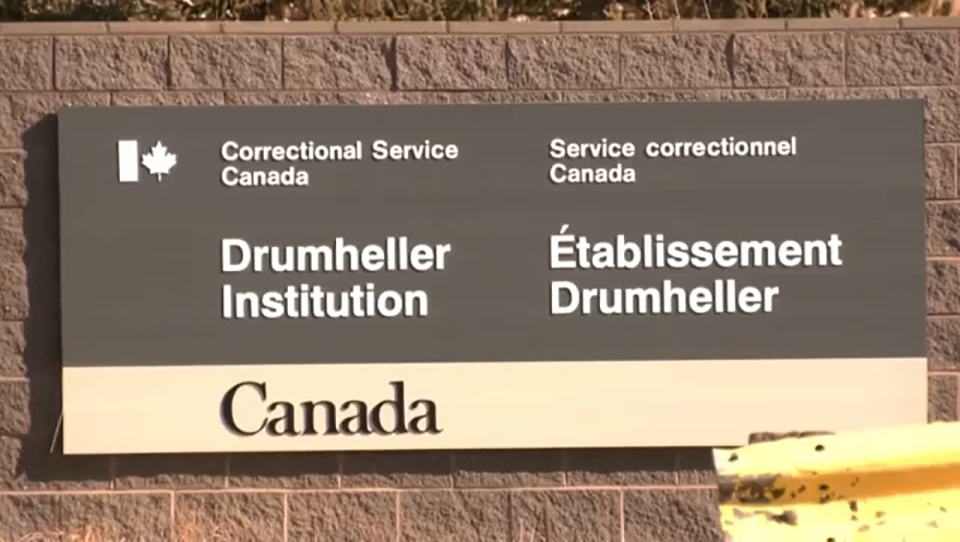 As of Friday, the outbreak hasn't yet spread to every unit in the 582-prisoner capacity facility. That means the lockdown is a necessary one: at least according to the union representing federal correctional officers.

"It starts to get tense when you're locked-down for close to a year now in different forms and this takes that to another level," James Bloomfield with the Union of Canadian Correctional Officers said. "The true reality is that it is very tense."

But Bloomfield says he believes living standards are still being tended to.

"We will do our best to maintain that level of care for everybody in the facility. That does not drop, but what does drop is the level of movement ability."

Some of the issues may stem from a lack of staff.

Bloomfield estimates about half of the 200 officers inside are either sick or isolating.

The institution doesn't want to add workers for fear of more spread.

"We don't want to be bringing a problem from one institution into another," he said. "The idea is to put a bubble around this as fast as we can."

Since March 8, members of the Canadian Red Cross have been on site to assist.

Correctional Service Canada, which oversees the facility, sent a statement saying "the health and safety of employees, inmates and the public remain a top priority in all of our operations."

The agency says it'll "continue to work with our partners at Health Canada and the Public Health Agency of Canada, as well as engage with unions in taking the necessary steps to ensure everyone's safety."