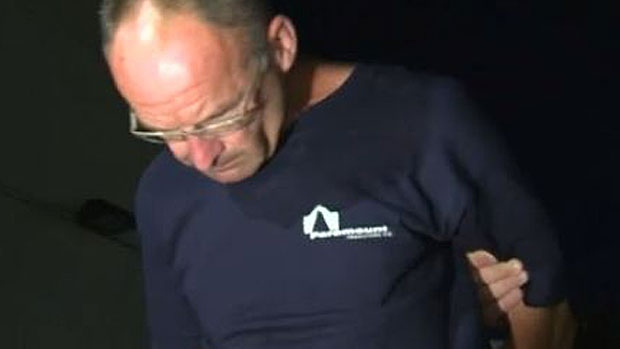 Douglas Garland is back at the Calgary Remand Centre on Monday after he was attacked by a group of inmates last week.

Officials with Alberta Justice say that there will be a formal investigation launched into the assault of convicted killer Douglas Garland at the Calgary Remand Centre.

According to authorities, Garland was attacked by a group of four men who were also inmates at the institution just hours after his convictions of the murders of Alvin and Kathy Liknes and their grandson Nathan O’Brien.

The 57-year-old man was taken to hospital in stable, non-life threatening condition with unspecified soft-tissue injuries.

Garland’s lawyer Kim Ross confirmed news of the incident and hopes that the attack wasn’t allowed to happen.

“I am concerned in a sense, and I want to be careful what I see here because I don’t know what happened yet, but I’m sure hoping that this isn’t a case where this matter was allowed to happen.”

Ross says he was in contact with Garland following his sentencing and plans to meet with his client this week to discuss the possibility of an appeal.

Another Calgary criminal lawyer, Balfour Der, has voiced concerns about the safety of the Calgary Remand Centre in the past and says that the inmates there, Garland included, have the right to safety.

"Convicted or not, he's entitled to protection and basic human rights. Even if he didn't show that to his victims," he said, adding that some of his own clients have also been attacked at the jail and at other facilities.

He also blasted those on social media who cheered on the attack.

“If there's members of the public who think, yeah, that's good, I'm glad this happened, or whatever they may think about it, they are absolutely, totally wrong," Der said in an interview Sunday.

"It's not what we should ever expect should happen in a Canadian jail."

Garland was sentenced to 75 years in jail without parole on Friday afternoon in connection with the 2014 murders.

On Monday, he is expected to return to the jail but Ross says Garland could elect to sign a waiver to be transferred from the Calgary Remand Centre to prison during the timeframe when an appeal could be initated but he does not foresee his client requesting relocation.

Further details about the attack on Garland will be released once the responsible parties have been charged.