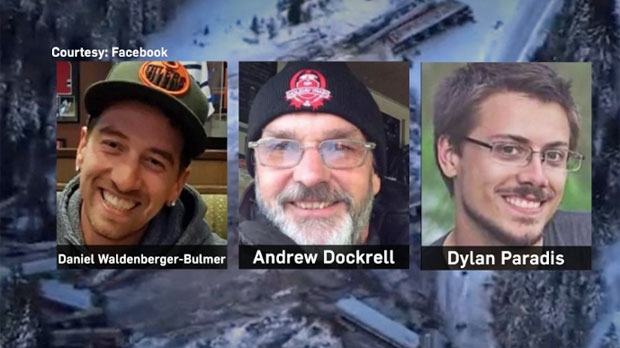 FIELD, B.C. -- The RCMP say a criminal investigation has been launched into a fatal Canadian Pacific train derailment near the boundary between B.C. and Alberta in February 2019.

She says police consulted with the Transportation Safety Board, Transport Canada and the BC Prosecution Service and determined further investigation was warranted.

She would not speculate about potential charges or the scope of the investigation.

The Transportation Safety Board has said the westbound train was parked on a grade with its air brakes applied for two hours when it started rolling on its own, gaining speeds far above the limit for the mountain pass.

The handbrakes were not applied and the train barrelled along for just over three kilometres before derailing at a curve in the tracks ahead of a bridge.

Canadian Pacific spokesperson Salem Woodrow says the company has stated from the beginning that it's available and willing to discuss the derailment with the RCMP, safety board and other agencies. The company would not comment further as the matter is under investigation.

The derailment sent 99 grain cars and two locomotives off the tracks, killing conductor Dylan Paradis, engineer Andrew Dockrell and trainee Daniel Waldenberger-Bulmer, who were in the lead locomotive.

The three men had just boarded the train to take over from another crew and weren't ready to depart when the train started moving on its own, the board said shortly after the derailment.

This report by The Canadian Press was first published Dec. 17, 2020