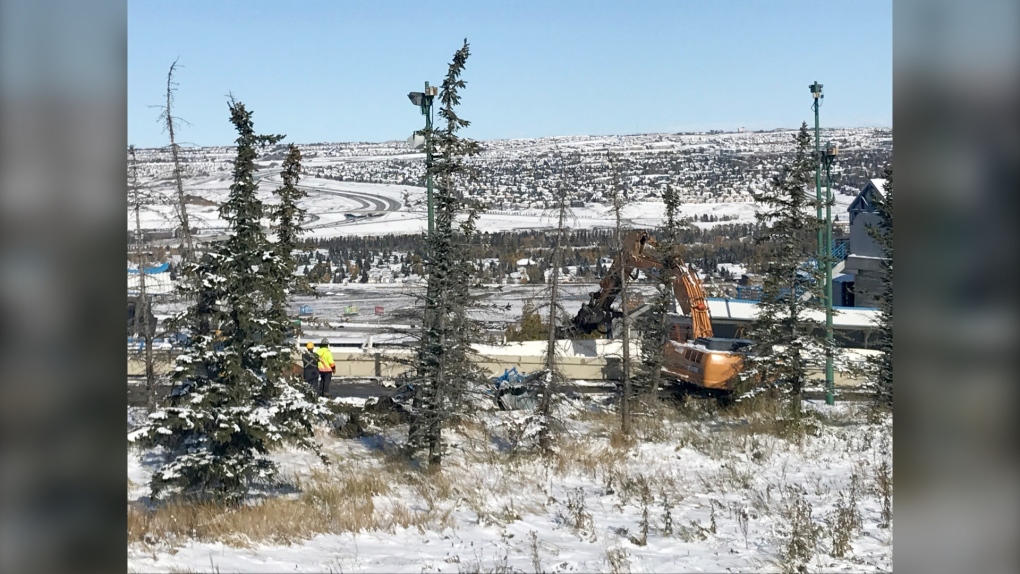 Work has start on renovating the bobsleigh track at WinSport.

CALGARY — Excavation crews have started removing part of the bobsleigh track at WinSport as part of a redesign and renovation project.

Work began with the removal of a shed above the starting point.

WinSport says the entire track is not being demolished but the section from corners one to five is being removed.

Funding for the current work is the result of a provincial grant.

The bobsleigh and luge starts are at different points. Removing the first five turns will morph it into one track, rather than it being two tracks forking into one.

The sliding season typically starts in October but WinSport said it informed user groups last spring the track would not be in operation this season.

The initial part of the removal began last week and is expected to take most of the month to complete.

WinSport said it is continuing to work on securing funding to continue redesign and renovation work on the project. Officials say track is not closing for good at this time but there is no timeline on the track re-opening.

Along with an $8 million shortfall for the renovation, which includes upgrades to the refrigeration system, WinSport says a main concern is funding the operating costs of the track going forward.

The track was built for the 1988 Winter Olympics.

A spokesperson for Luge Canada and Bobsleigh Canada Skeleton declined to comment.