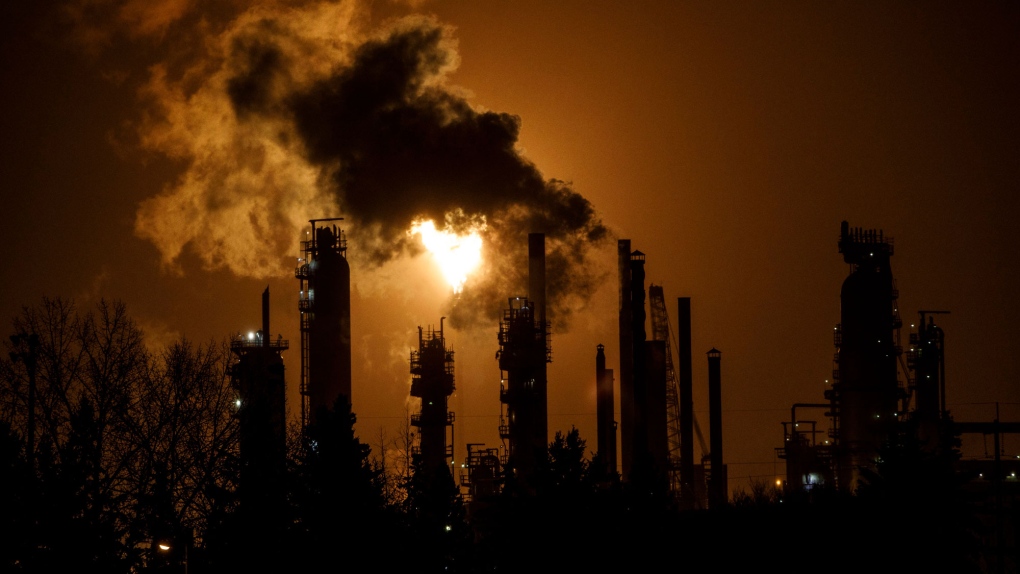 A recent poll, published by Leger Marketing, says Alberta students want to know more about the effects of climate change on the environment. (File)

CALGARY -- An Alberta non-profit organization says there's a gap between the education students receive in schools and the information they want about energy and the environment.

The Alberta Council for Environmental Education has published a report providing teachers with 10 principles for developing energy and climate change resources in the province.

The recommendations are drawn from workshops with students last fall and from a survey earlier this year of 500 youth between 15 and 24 years old.

It suggests students in Alberta are behind others across the country when it comes to climate literacy.

“What they found is very disturbing,” said Gareth Thomson, the council's executive director.

“The majority of youth in Alberta are concerned about climate, but feel they lack the knowledge and power to do something about it.”

Some 21 per cent of students surveyed thought climate change was too controversial to be discussed in the classroom.

Chloe MacGregor, a 17-year-old student in Calgary, said schools need to get better at teaching about climate change and Alberta's energy industry.

“Our education system is very outdated and needs to be revised,” she said.

MacGregor said she has to find information on her own outside of her regular classes.

“Since I was a kid, I was always interested in the environment,” said the Grade 12 student, who wants to study ecology after she graduates. “I needed to become more educated.”

Teachers cited in the report said they struggle to meet students' needs because of a lack of up-to-date resources and not enough time set aside in the curriculum for climate change and energy studies.

Adam Robb, who teaches at a high school in Calgary, said he's one of the lucky ones with a job that's focused on teaching environment and energy issues as an optional class.

“I can count all of those teachers on one hand,” he said.

Robb said he's had lots of demand for the information from students.

The report suggests a lack of adequate education can lead students to construct false and even apocalyptic narratives about climate change - something Robb said he's noticed in some students.

“They go down YouTube wormholes,” he said, noting that can cause anxiety and fear about the future rather than thinking of positive ways to deal with climate change.

Another common narrative he's noticed is students who think climate change is a political issue that has right- and left-wing views.

“We start off with learning the science and say this has nothing to do with politics,” said Robb.

Some of the 10 principles put forward in the report include acknowledging and accommodating anxiety about climate change, focusing on building climate literacy and teaching students about all kinds of energy.

Alberta Education Minister Adriana LaGrange last month endorsed a panel report that recommends school children learn all views about climate change along with the value of the province's oil and gas sector.

The panel was formed in August to explore ways to improve the kindergarten to Grade 12 curriculum.

This report by The Canadian Press was first published Nov. 15, 2020.