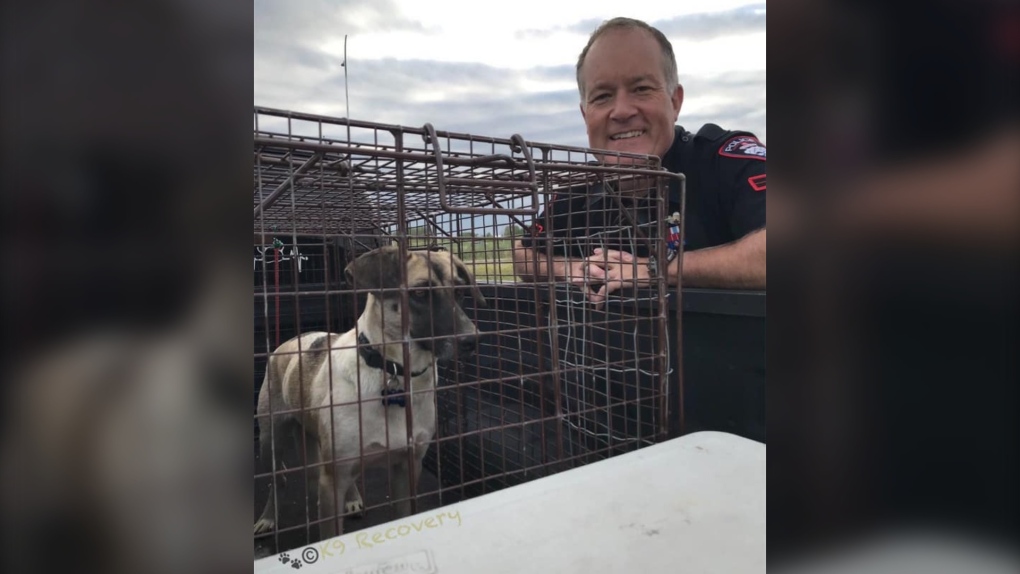 Two Calgary sisters who work with rescue dogs from all over the world are thanking the public after several tips led to the location of a pooch that spent three weeks on the lam.

Emily Tetrault says Lucy, a two-year-old rescue from Thailand, was found Thursday night and is in good health. She was safely trapped and transported to a veterinarian.

The dog originally came to Calgary in March.

"Lucy came from a rabies scare where the Thai government just scooped up as many dogs as they could and had them in really horrible conditions, I think 90 per cent of them didn’t make it," said Tetrault.

Tetrault and her sister Brittany Black say Lucy was initially on edge in their northwest home but, following plenty of work and around the clock attention, the dog became playful and was ready for adoption.

Black says she introduced Lucy to a family and the dog really took to them, so they adopted her. "Everything was going so well and then she just had some kind of trigger from her past and it was completely unexpected."

Lucy got away from the family and over the last three weeks she had been briefly spotted running free in both southwest and northwest parts of the city. She was located Thursday on the Tsuut'ina Nation.

Lucy suffered only sore paws and mild dehydration and was returned to the sisters late Thursday night. The dog, which has been renamed Luna, will be returned to her adoptive family in the coming days.