A group of residents opposed to the Springbank Dam gathered Tuesday to discuss the project ahead of another community meeting planned for Wednesday.

Instead, the residents say building a dry dam and reservoir to protect against catastrophic flooding makes more sense at McLean Creek.

“We have always very strongly felt this was not the appropriate project. It was not good public policy and our reasoning for that is the Springbank project only protects one community, and that’s a small number of people within Calgary,” said Mary Ellen Robinson, a landowner at Moose Hill Ranch.

“Whereas, McLean Creek is a much better alternative. It’s on crown land and it would be excellent for flood protection, as well for drought … which is equally as common.”

Robinson added the McLean Creek project would also allow water to be used for forest fire fighting efforts if needed.

Chief Lee Crowchild of the Tsuut’ina First Nation says they haven’t been consulted properly on the project and questioned the logic behind the plan. 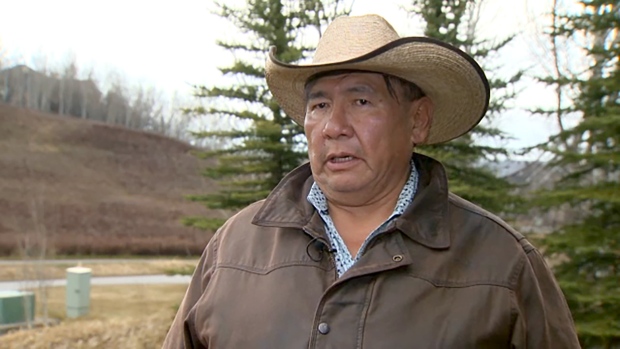 The newly elected UCP government has now hired a legal team to explore ways to speed up construction.

“I think the reason they’re fast-tracking is they want a solution to flood mitigation, but that doesn’t mean that you do the wrong project,” said Robinson.

The site is located near Springbank Road, about 15 km west of Calgary, and would have the ability to store water volumes equal to the 2013 flood that devastated parts of Calgary and southern Alberta.

If flooding happens, the reservoir will be fed by a diversion channel from the Elbow River and once the water level peaks, a safety release will let the water back into the river at a controlled rate.

The reservoir has a storage capacity equal to 28,000 Olympic sized swimming pools and will work with the Glenmore Reservoir to provide flood protection.

The scope of the project covers about 3,870 acres including roads, structures and a buffer zone and will cost $432 million.

Alberta Transportation is leading the project and hopes to have shovels in the group before the end of 2019. The project is slated for completion in late 2022.

The Springbank Off-Stream Reservoir is a vital piece of the flood mitigation strategy for southern Alberta. It is currently under regulatory review. The project team is preparing the answers to the supplemental information requests issued by the provincial and federal regulators and we expect those to be submitted soon. Within the project footprint, there were 22 individual landowners, three of whom have entered into voluntary land sale agreements with the Government of Alberta. Our government will be connecting with all project stakeholders to hear what they have to say.

We continue to seek opportunities to negotiate purchases for the required lands within the project footprint.  The government is willing to consider purchasing land outside of the project’s footprint to prevent breaking up affected landowners’ parcels of land. Each landowner has individual needs and our negotiations are confidential.