CALGARY — Domenico Mucciacito was found drunk and bleeding in the basement of his family’s home.

It was late November of 2018 and the young man was suffering from depression and needed help.

His family called police and officers took him to the Foothills Medical Centre where they hoped he would be connected with the mental health professionals he needed.

Eleven months later, on Oct. 5, 2019, Domenico took his own life. He had turned 23 years old earlier that week.

In the weeks since their son’s death, Domenico Mucciacito parents have searched for answers: Why would a healthy, intelligent man kill himself? What could they could have done to prevent it? What happened that November 2018 morning in the hospital when their son should’ve received the help he needed?

“He was thrown into that white room, in that psychiatric ward. Everything was taken from him. He was put there to calm down or settle down,” said David Mucciacito, Domenico Mucciacito’s father. “Well, all he needed was someone to talk to.”

According to the family, he was discharged from the hospital the next day and was not referred to any external mental health resources. 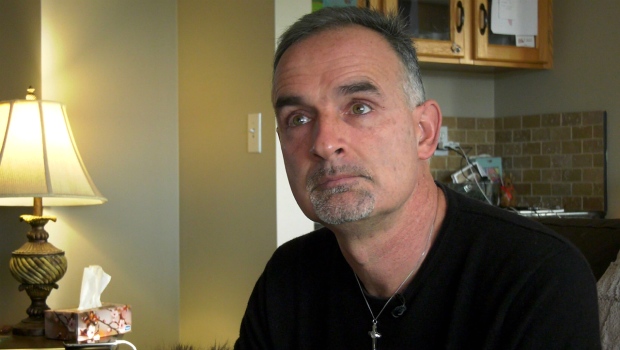 David Mucciacito said his family is still consumed by grief and guilt over the loss.

Suicide is a complex public health issue. Rarely is it just a single event that leads to someone taking their own life, experts say. Most often it’s a mixture of mental illness and multiple feelings and incidents of hardship, loneliness or hopelessness.

Treatment is not one-size-fits-all.

“We keep trying to fit the family circle into squares and rectangles of institutions. It’s not like that,” David Mucciacito said.

On average, 500 people die by suicide in Alberta every year, according to the Canadian Mental Health Association. Men are four times more likely to kill themselves than women.

New programs encouraging, but ‘not enough’

Alberta Health Services and the Calgary Police Service recently launched a helpline that allows officers to connect with health professionals when responding to a call for someone suffering from a mental health crisis.

The aim of the program is to provide guidance to officers who may not be equipped to deal with complex mental health issues. The consult line can help determine the best treatment plan for a patient and even allows a patient to talk to a health professional on the phone immediately.

The initiative is a step forward, David Mucciacito said, but it still falls short. The phone line is only open from 9 a.m. to 9 p.m. (Domenico Mucciacito was taken to hospital around 1:30 a.m. in 2018) and sometimes still puts the burden of treatment on someone ill-equipped, like a police officer or the victim’s family or friends.

“That was the opportunity of our son’s life that perhaps he may have connected to someone who understood him and could have helped him.”

David Mucciacito is hoping mental health treatment continues to progress and wants the conversation around the issues to get louder.

“Any sign is a sign. Don’t ignore it. My goal is to help even one person. That’s all I want to do,” Mucciacito said.

Domenico Mucciacito’s family is still very much grieving. His father described the pain “like a sledgehammer to the chest.” Too consumed with grief and guilt, only now are they starting to go back to work and school.

In their home, the family proudly displays Domenico Mucciacito’s artwork, including a published children’s book he illustrated, and remember the handsome and funny man their son was.

And they continue to search for answers.

If you or someone you know is struggling with mental illness or a mental crisis, there are resources available. The Distress Centre offers a 24-hour crisis line at 403-266-4357. More information and resources are available at DistressCentre.com, the Canadian Mental Health Association or the Calgary Counselling Centre.