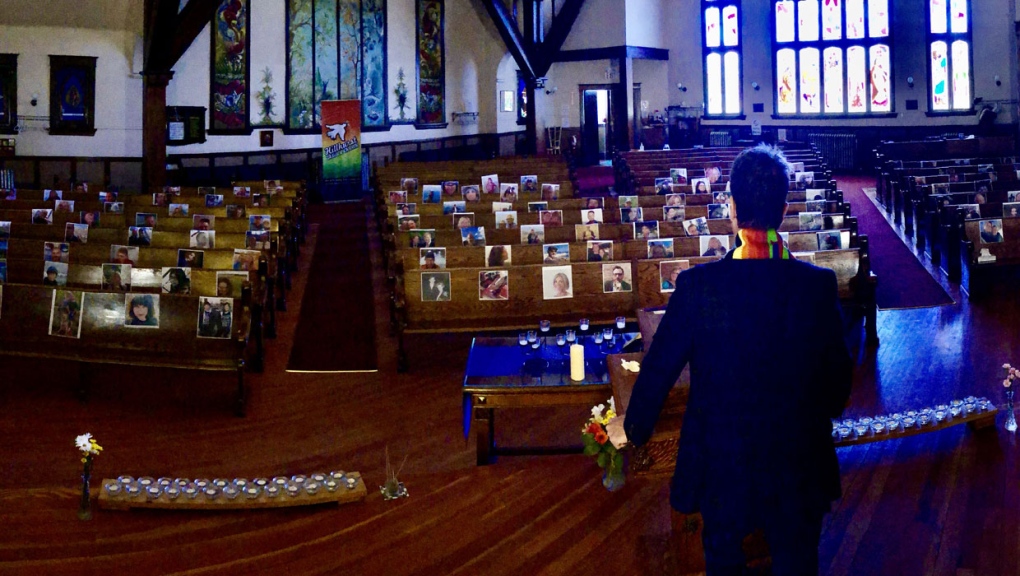 John Pentland recorded a sermon for his congregation inside the Hillhurst United Church and added photos of his Facebook members on the pews. The province announced additional restrictions on Tuesday, limiting houses of worship to 15 per cent of capacity. (Supplied)

CALGARY -- A minister at a United church in Calgary has come up with a way to deliver God's message to his congregation because of rules against gatherings amidst the coronavirus pandemic.

John Pentland, lead minister at Hillhurst United Church in Kensington, filmed a sermon Friday in an entirely empty sanctuary but, to make the situation a little more real for him, he had photographs of his smiling church members taped to the pews.

The move was to fill a gap that was left when he recorded his first online-only service last week, officials say.

"The lack of smiling faces was difficult," Anne Yates-Laberge, Hillhurst's director of operations, said in a release. "I decided to print profile pictures from members of our Facebook group, The HUB, which includes 300 congregants." 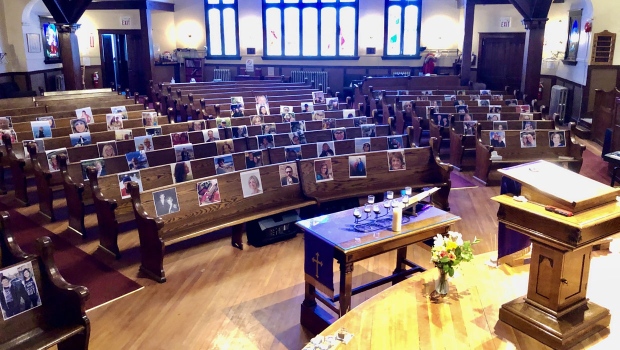 The result was all pews in the church filled with images of community members.