Snowmageddon in Lethbridge County could take days to clear 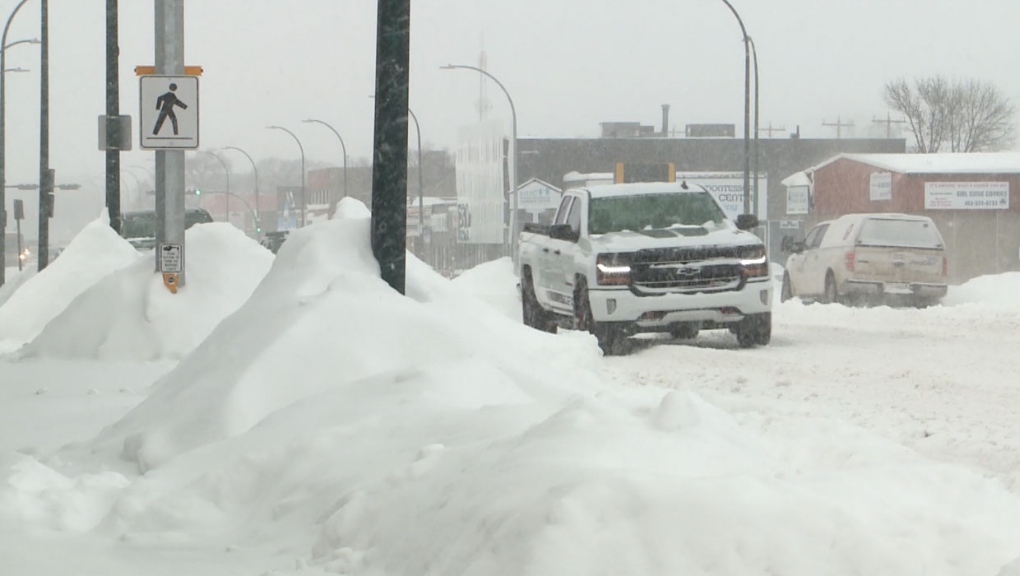 CALGARY -- After a huge snowfall struck the Lethbridge area this week, officials in the rural areas around the city say it could take a long time before all of the roads in the region are cleared of the white stuff.

Lethbridge County officials say crews are busy at work clearing snow off 1,950 km of paved and gravel roads throughout the area.

However, due to the amount of snowfall and drifting, officials say it will take quite a while to handle everything. Lethbridge County has four plow trucks and 10 graders in its fleet.

According to CTV Lethbridge weather specialist Dory Rossiter, an average 58 cm fell in the region as of Friday morning, but the winds were also a big problem.

"Our peak wind gust during the height of the storm on Wednesday night was 81km/h in the City of Lethbridge and 93km/h just outside the city in the open areas."

The weather has also been an issue for people who need to be outside for their work.

"We know that conditions have been especially harsh in Lethbridge. We're asking homeowners to keep a clear path home. Not just for our delivery agents, but for everyone who will be visiting this holiday season," said Hayley Magermnas, media relations with Canada Post.

Canada Post delivers to 15.4 million households across Canada every day.