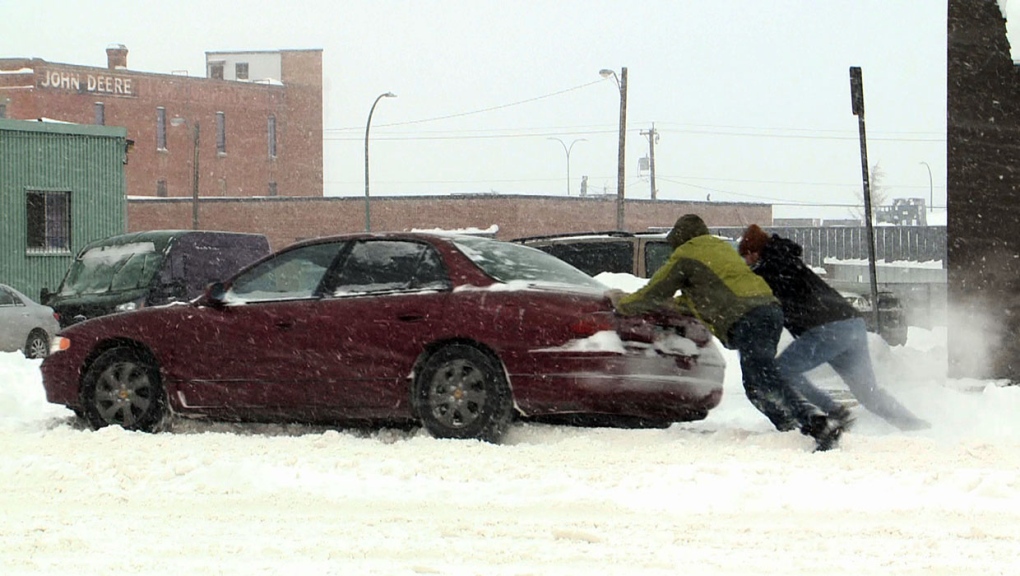 A huge blizzard has buried Lethbridge and surrounding communities in snow

LETHBRIDGE -- Non-stop snowfall and gusty winds are making it a challenge for Lethbridge crews trying to keep city streets clear.

"It’s definitely been a hectic day or two," said transportation operations manager Adam Campbell. "With the drifting snow we plough it away, and it comes right back, so we are really hoping for the snow to stop."

By Thursday afternoon, Lethbridge had received about 53 centimetres of snow, according to CTV Lethbridge weather specialist Dory Rossiter.

Campbell said with the continued snowfall, the city has been focusing on Priority 1 routes, which are basically the city’s busiest streets. He said that will continue until the snow lets up or stops.

"We can really get the Priority 1 routes done, call them done, and start working on Priority 2 and Priority 3, and getting the city to the level we’d want to see it at," he said.

At any given time the city is using on average a fleet of ten plows and one grader. The city also hires private contractors to help with snow clearing at bus stops, but those workers say it has been hard to keep up,

"Basically what we shoveled this morning, we could probably shovel again, but we still have stops to hit, so you know, it’s going to have to wait," said one contractor.

During these storms city parks workers turn their attention to clearing sidewalks downtown and at public facilities, including City Hall, the Yates, and CASA.

"We’ve done the city buildings and downtown areas and sidewalks three or four times already, and we’ll keep doing that until it stops snowing. Then we’ll move into parks and pathways," Ellis said.

The city said the amount of snow and drifting is causing problems in some residential parts of the city, including West Highlands, Copperwood and Sundridge. Several large trucks also became stuck on city streets, due to drifting snow or extremely icy intersections, where vehicles had a hard time getting traction.

Campbell said the city is sanding intersections “where it makes sense” but maintains it isn’t particularly effective right now.

“The snow is just coming back on and basically covering up all the sand," he said.

He said once the roads are ploughed and the snow stops, crews will be able to put more sand and some salt on the roads to help make them less icy.

The storm is also another big hit on the city’s snow and ice removal budget. Campbell said the city had already spent about 70 per cent of its snow budget by the end of October, and there is still a month to go in 2019, so this 'Snovember' storm will definitely push the budget into the red.