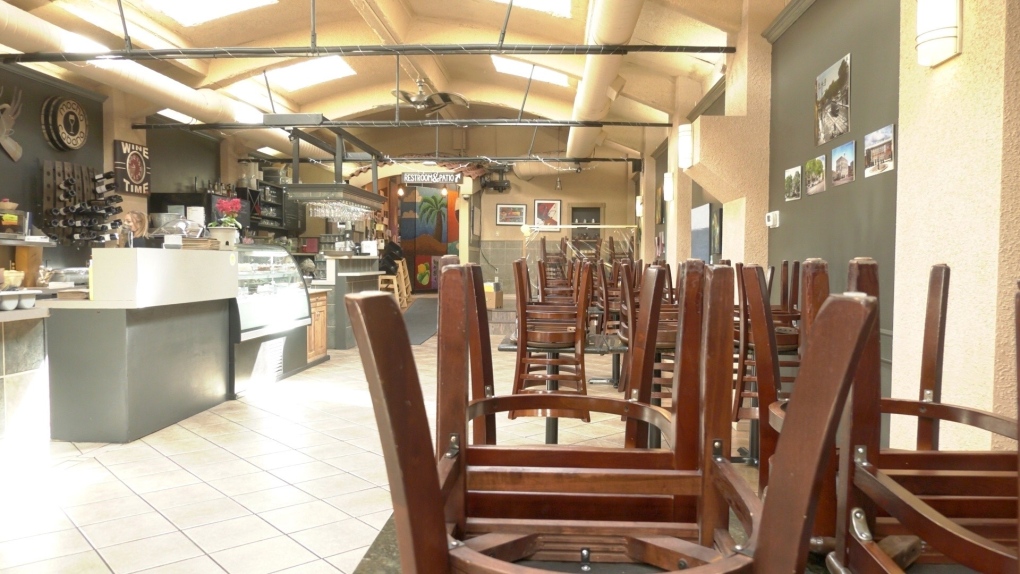 The owners of Mocha Cabana Bistro, which isn't open due to COVID-19 rules, say they don't qualify for relief funding because of the way the business was set up.

LETHBRIDGE -- The owners of Mocha Cabana Bistro are among several Lethbridge business operators who have discovered they are not eligible for some pandemic supports because of the way their business was set up.

Co-owner Angel Harper said both the restaurant and their popular meal delivery service, Mocha Local, are at risk because of the way the government is calculating their revenue.

“When is the government going to clear the red tape so we can get the help we need?” said Harper.

Mocha Cabana revenue has dropped 46 per cent since the pandemic started, she says, as a result of restrictions that either reduced or shut down in-person dining.

“The full shutdown, March 2020, I literally thought we were done,” said Harper.

Since then, they have managed to hang on, with the help of rent and wage subsidies, and the growing success of Mocha Local, a business they launched in 2019, before the pandemic.

But at the end of last year, when they turned their year-end financials over to the accountant, they discovered their business corporation was set up in a way that didn’t meet criteria for some of the COVID-19 relief programs.

“How we set up our business is very common,” said Harper. She said because Mocha Local was new and they weren’t sure how it would go over, they decided to operate it as a separate division, under the same corporation.

But she said the two operations have always been kept separated in the books, along with separate business licenses and addresses.

“The only thing they have in common is food, and the two owners,” said Harper.

But they discovered that under the Canada Revenue Agency criteria, which combines the revenue of both divisions, the business was not eligible for part of the wage subsidy the restaurant received in 2020.

According to Harper, the extra revenue they made from selling meal kits barely covered the cost of rent for Mocha Local, which is in a different building, but it means they can’t qualify for the Federal Governments Highly Affected Sectors Credit Availability Program (HASCAP) which was designed to help the hardest hit sectors survive the pandemic.

“The federal and provincial governments are saying all the things that they’re doing for businesses, but they’ve made the red tape so tight that many of us are falling through the cracks,” said Harper.

“It is unfair and it goes back to trying to administer a one size fits all program,” said Corinne Pholmann, senior vice-president of National Affairs for the Canadian Federation of Independent Business, which has been assisting Mocha Cabana and other Canadian business owners caught in a similar situation.

“The whole point of this is to help business get through. Here’s a business that was creative and innovative enough to do takeout just before the pandemic, and because of that creativity and ability to potentially help them get through, they are being penalized for it.”

A spokesperson for the CRA said CTV News' inquiry about the program criteria is being turned over to colleagues at Innovation, Science and Economic Development Canada, who are in a better position to respond.

Pholmann said it’s an area they’ve raised with the CRA and she encourages businesses to contact the CFIB help centre if they require assistance.

She pointed out the CRA has made changes before when the government has heard from businesses or individuals about aspects of the relief programs that didn’t seem fair.

Harper hopes government officials will take action soon, adding the way it stands both businesses, along with several others in Lethbridge, are at risk.

She said that would be another blow to the local economy.

The two businesses currently employ about 30 people, including a number of single parents. They also use local products from about 20 southern Alberta producers.

“We are so grateful for that. Thank you Lethbridge and the people that support us.”