Some southern Alberta farmers thrilled by rain, others say it came too late for the season

Some southern Alberta farmers thrilled by rain, others say it came too late for the season

The recent rain in southern Alberta has been a welcome sight for farmers across the region.

“It’s a total game changer for sure,” said Stephen Vandervalk, whose malted barley and canola crops near Fort Macleod were impacted by the drought in 2021.

“It's absolutely amazing for sure. We had some early seeded crops that this rain was too late for so it will definitely help them, we're not going to get zero now, like we were on the road to get zero, like absolutely nothing,” Vandervalk said.

While it’s still uncertain how much the rain will impact crop yields, it should help pastures rebound.

In Lethbridge, the city received 68.1 millimetres of rain on Monday and Tuesday, a number the Lethbridge County was thrilled to see.

“It’s going to renew some hope and bring back a little bit of optimism,” said Reeve Tory Campbell. “I think this is going to be a game changer for a lot of producers in the county.”

Campbell says the beginning of this season was already dry, with both the temperatures and high winds negatively affecting the seeding season. But with the rain coming early in the season, he says it’s giving farmers some hope of harvesting a crop this fall.

“I think some conversations are going to change, I think there were producers that if something didn't arrive within this kind of window of within the next weeks, what harvest looked like was very much in question, was there going to be a crop even worth harvesting,” Campbell said. 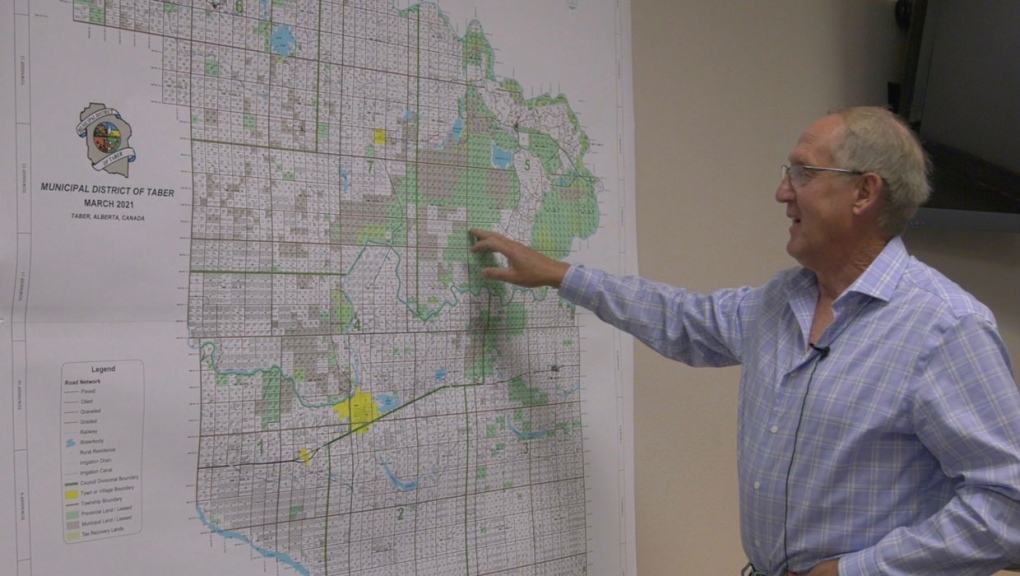 The M.D. of Taber is one of four Alberta agricultural regions that have declared a disaster because of a lack of moisture earlier this spring.

However, the moisture didn't come soon enough for some. The M.D. of Willow Creek, Cypress County, the County of Forty Mile and the M.D. of Taber have all declared agricultural disasters.

According to the Alberta Crop Report for June 7, 54 per cent of surface soil and 91 per cent of sub-soil moisture in southern Alberta are in poor to fair conditions.

“Crops that were seeded early this spring, some came up but died as a result of lack of moisture, some germinated and didn't ever make it through the soil, other crops in the dryland areas are just marginal at best,” said Merrill Harries, reeve of the M.D. of Taber.

Declaring an agricultural disaster is about more than getting support for farmers.

“It raises awareness to both levels of government, provincially and federally of the dire situation here in our municipality,” Harris said.

“It’s meant to bring awareness to the agriculture situation we are experiencing which was extremely dry conditions which was a result of poor soil moisture reserves and the absence of spring rainfall,” added Derrick Krizsan, M.D. of Willow Creek CAO.

Despite surrounding counties declaring disasters, Lethbridge County says it won't be issuing one for the time being.

Are video games good for kids' brains or bad for them? New research suggests the answer is 'no' to both