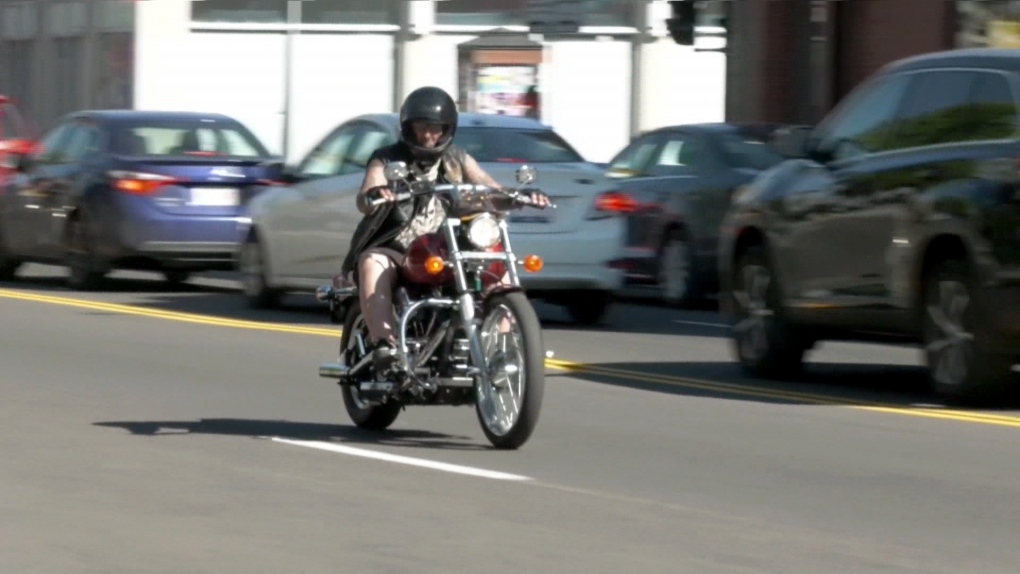 Some residents of the Beltline say loud motorbikes and vehicles are more of a problem this year.

CALGARY -- Loud revving, backfiring and modified exhaust pipes have some Calgarians sounding off and suggesting new ways to tackle the noise.

Former politician Kent Hehr spends a lot of time in Tompkins park along 17th Avenue S.W. and thinks more enforcement and technology is needed, such as the noise radar systems that have been tested in other cities and countries to combat excessively loud vehicles.

“It’s the revving, the starts and stops, the gunning it in between lights,” said Hehr.

He says many vehicles seem to exceed the City of Calgary’s decibel limit, which is about as loud as a lawn mower.

Edmonton, the United Kingdom and France have tested photo radar systems that use noise levels rather than speed to help enforce laws.

Quebec created a law making it illegal to modify exhaust pipes to something other than the manufacturer-installed system.

Alberta Transportation said it is not considering similar legislation but under the current Traffic Safety Act, drivers can be fined up to $162 for failing to follow regulations intended to reduce noise, such as an inappropriate muffler or driving in a manner that disturbs residents between 10 p.m. and 7 a.m.

The evening and early-morning hours can be some of the nosiest times in and around downtown Calgary, according to residents.

“I’ve never seen or heard anything like it in the 18 years I’ve lived in Beltline,” said Todd Hirsch, who aside from living in the area, also works for ATB Financial, which has a branch along 17th Avenue S.W.

“I don’t know if it has to do with COVID or what it is but the level of noise and the times of day — it’s right through the night — it’s unbelievable."

He says noise is expected living in the Beltline but this summer the levels have often been inappropriate.

“A bit more consideration for all of us around," he said.

Calgary Police recommend people who hear excessive noise file a complaint via the non-emergency at 403-266-1234 or online through Traffic Service.