CALGARY -- It’s been a problem in the city’s core for years, but some Calgarians say the noise pollution from drivers has reached noisy new heights.

Dozens say the sound of revving engines and unchecked motorcycles has gotten so bad along 17 Avenue S.W., they’re almost ready to find a new strip to spend time on.

“It's almost as if they're racing or stunting or that kind of thing,” one nearby home owner said. “It's really, really loud.”

According to some diners, it’s a problem that can ruin time spent on bar or restaurant patios.

But stopping this problem could be a problem.

Police can fine drivers under the Traffic Safety Act, but to do so, officers must be able to demonstrate the noise the driver is making is excessive. 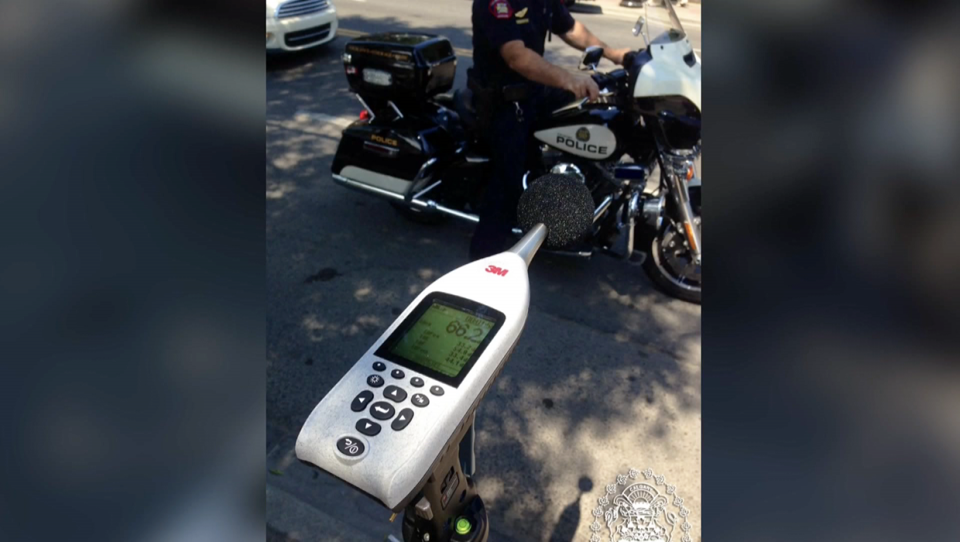 Typically, that would be done using a decibel reader. But that’s technology not used by the Calgary Police Service.

The Traffic Section’s Acting Sergeant says that leaves the job up to the enforcing officer’s judgement.

Sergeant Chris Agren acknowledged the noise is bad, but said it may seem worse than usual because of the current situation.

“Every year summertime comes, the weather gets good, windows get rolled down, and people start to observe things they haven’t noticed for a little while,” Agren said. “‪17th Avenue has started to pick up again (after the pandemic shutdown) and unfortunately there is just going to be some noise associated with that. Some of it is excessive —  and if it is, call us.”

Agren said the CPS is also keeping a close eye on aggressive driving. He says there’s been a recent increase in street racing behaviour — that’s things like doughnuts, burnouts, speeding and drifting.

If anyone sees a driver stunting, they’re urged to call police.