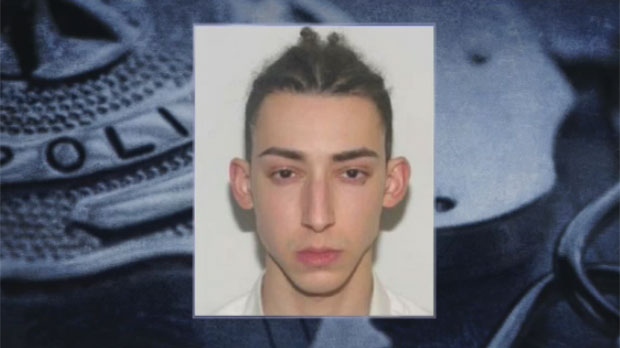 Abderrahmane (Adam) Bettahar, wanted for first-degree murder in connection with the death of a woman in Marlborough Park, died March 29 sources confirm to CTV

Sources confirm to CTV News that Abderrahmane ‘Adam’ Bettahar, wanted on a warrant for first-degree murder in connection with the death of Nadia El-Dib, is dead following a police pursuit that lasted longer than a hour on a highway west of Edmonton.

More than 15 RCMP units were involved in stopping a suspect vehicle near the hamlet of Evansburg along the Yellowhead Highway (Highway 16) after a tire deflation device was deployed at around 6:30 p.m. Thursday.

During  the encounter, the suspect suffered a fatal wound. Sources confirm to CTV that the deceased is Adam Bettahar.

A 59-year-old RCMP officer was injured during the exchange and was airlifted to hospital in Edmonton in stable condition. Sources confirm the injured officer was grazed by a bullet. No other injuries have been reported.

On Sunday, March 25, the body of 22-year-old Nadia El-Dib was located in the backyard of a home in the community of Marlborough Park in northeast Calgary. Police identified Bettahar as a suspect in the death and a Canada-wide warrant was issued for his arrest on a first-degree murder charge.

The family of Nadia El-Dib released the following statement on Thursday night.

“Our family is relieved that we get to have our peace and properly mourn Nadia. We’re glad that he was caught and that we’re closing that chapter in our lives. Nadia will be remembered properly which was in a great and loving way. We’re so proud of her.”

The Alberta Serious Incident Response Team (ASIRT) has been directed to investigate the officer-involved shooting in the Evansburg area.

The hamlet of Evansburg is located approximately 90 kilometres west of Edmonton city limits.