Southcentre Mall under 'canstruction': 30,000 cans of food used to for art installations

Southcentre Mall under 'canstruction': 30,000 cans of food used to for art installations 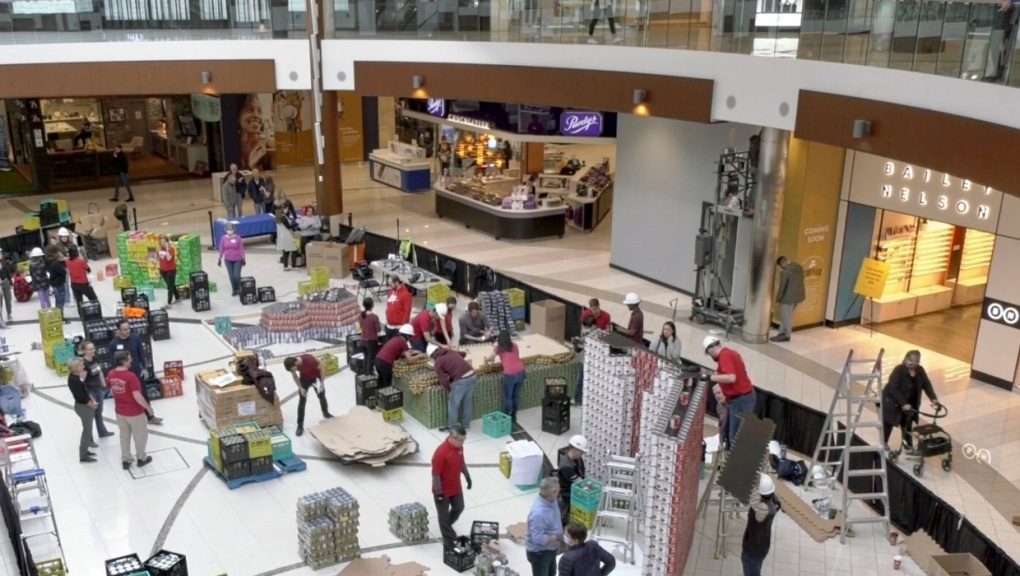 Canstruction brings together teams of engineers, designers, architects and builders to create extraordinary structures out of non-perishable food items.

After a two year hiatus, engineers, designers and students gathered at Southcentre Mall on Thursday to create structures composed of non-perishable food items.

Dubbed "Canstruction," the 16th version of the event saw five teams convert the mall's centre court into expositions made of canned goods, all adhering to the same theme: Welcome To The Jungle.

The City of Calgary, Suncor, Maple Reinders Inc., Calgary Co-op and St. Michael School represented the competing teams. When completed, the art installations will be judged and a winning entry will be named. Judging categories include structural integrity, best use of labels, best original design and people's choice.

After dismantling, the 30,000 cans of food will be donated to the Calgary Food Bank.

The donation will help fill over 8,500 food hampers in one month.

"We see people coming every day that have used up all of their resources," said Shawna Ogston of the Calgary Food Bank.

"Now, with increased expenses – whether heating or fuel costs – their budgets are too stretched. Food is the first thing to come off the budget list, but this event will provide a great deal of help," she said.

Alexandria Matos, an instructor at St. Michael School, says the importance of the food donation was not lost on her group of students.

"We have members of our community that also use the food bank, so they understand they are helping both the greater public and their classmates," said Matos.

"They understand very well how they are helping."

The Canstruction exhibit is open to the public at Southcentre's Centre Court until March 17.