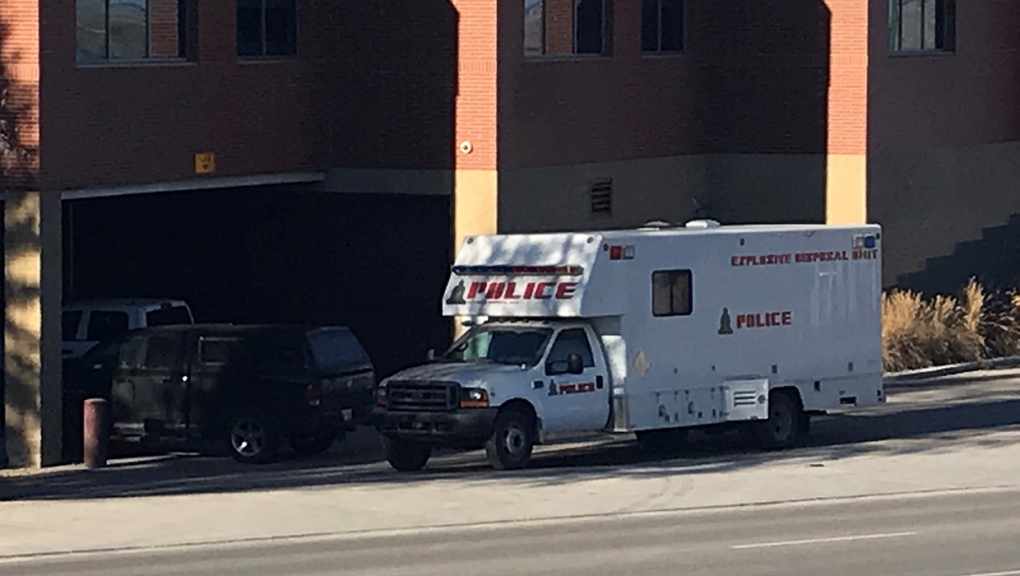 A Lethbridge Police Service explosive disposal unit vehicle parked outside the LPS station on Thursday morning during the investigation into a suspicious package.

CALGARY -- A 29-year-old man has been arrested following a Thursday morning incident that prompted the temporary closure of the Lethbridge Police Service station to the public.

Shortly after 10 a.m., a man allegedly threw a package into the front vestibule of the station at 135 First Avenue S. and then fled the area on a bicycle.

Police closed the building and staff were evacuated from the station.

The LPS explosive disposal unit was deployed to investigate the suspicious package. Members of the Lethbridge Fire Department's hazardous material unit were alerted and placed on standby.

After it was determined the package was neither explosive or hazardous, staff returned inside the building and the station reopened to the public. The contents of the package have not been revealed.

LPS officials confirm a 29-year-old man is in custody.

Police have not indicated where the arrest occurred or if charges are pending against the man.