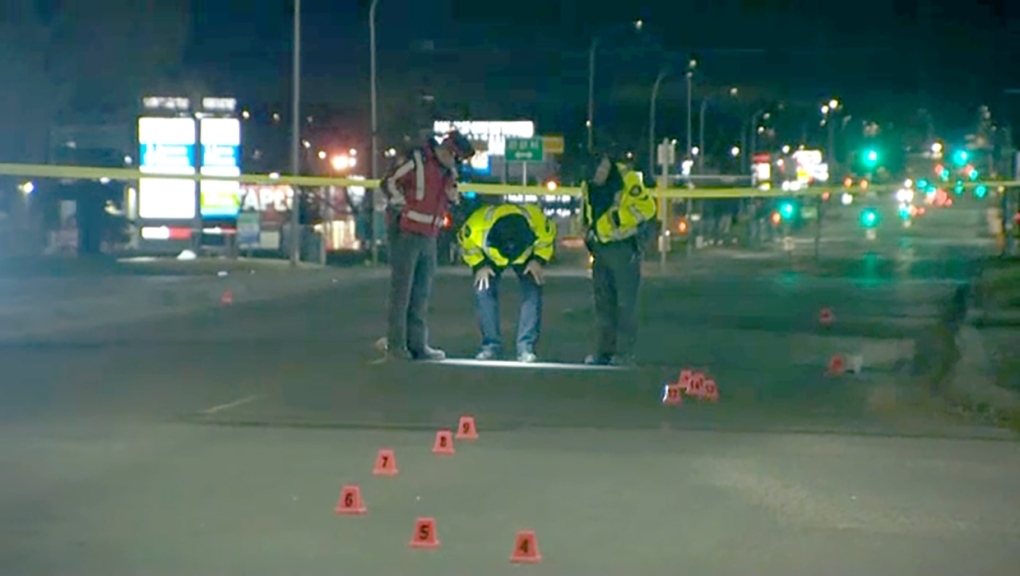 CPS members at the scene of a fatal hit-and-run at the intersection of 32 Ave and 26 St NE on April 22, 2019. The victim has been identified as Chundun Rai Keedhoo

The Calgary Police Service confirms two drivers have been released from custody in connection with Monday night's death of 38-year-old Chundun Rai Keedhoo.

The two drivers, including a 19-year-old man, are still considered suspects as part of the ongoing investigation into suspected street racing and the fatal hit-and-run.

Keedhoo was crossing 32nd Avenue Northeast at the 26th Street intersection on Monday, April 22 at approximately 9:30 p.m. on his way to work at the Husky gas station when he was hit by an eastbound Acura TL. The 38-year-old pedestrian, who moved to Canada from his native Mauritius nearly five years ago, succumbed to his injuries in hospital.

The damaged Acura was recovered by police at a location several blocks from the crash scene. A 19-year-old man surrendered to RCMP in Chestermere several hours after the collision.

Investigators suspect the Acura had been racing a Toyota Tundra along 32nd Avenue prior to striking Keedhoo. The driver of the truck surrendered to police late Tuesday morning.

On Thursday, police officials confirmed both of the drivers had been released from custody but they remain suspects in connection with the fatal incident.