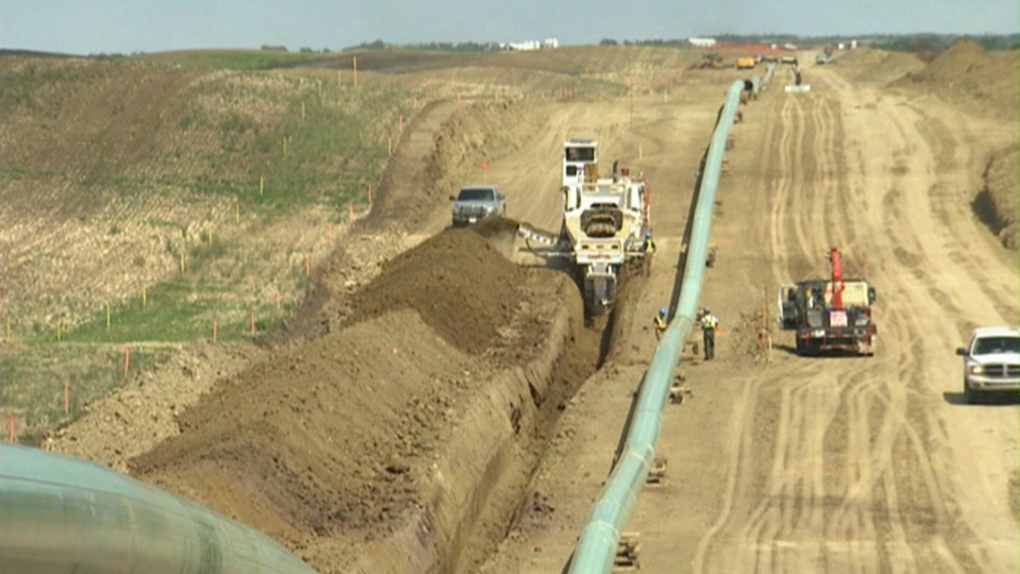 CALGARY -- Restructuring at Calgary-based TC Energy Corporation has resulted in the loss of jobs.

The move comes after the company, formerly known as TransCanada Corporation, signed a memorandum of understanding with Natural Law Energy which represents four First Nations in Alberta and one in Saskatchewan.

The deal, which is expected to be finalized later this year, will see Natural Law Energy purchase an equity stake in the Keystone XL pipeline.

"Our Canada Gas Operations & Projects team is implementing a new structure to ensure the optimal skill sets to navigate the next tranche of our expansion and operations," said TC Energy in a statement released Tuesday afternoon. "TC Energy continually reviews our organizational structure and processes to ensure we continue to deliver safe and reliable services while meeting the needs of our customers. As ordinary course of operating our business, staffing changes are made as required to remain competitive and optimize our operations."

TC Energy has not disclosed how many positions were cut as a result of the staffing changes.

Alberta's opposition NDP says the layoffs are a direct result of missteps by the provincial government and are calling on the UCP to release how many TC Energy employees lost their jobs.

“Jason Kenney and the UCP gave TC Energy $7.5 billion dollars [sic] with no strings attached," said NDP MLAs Irfan Sabir and Deron Bilous in a statement released Tuesday afternoon. "The layoffs today are a devastating example of Jason Kenney’s failure to create jobs and spur economic growth. Jason Kenney and the UCP lost 50,000 jobs before the pandemic. Now even more people are wondering how they’re going to pay their bills, put food on their table, and support their families."

The NDP are calling on Premier Jason Kenney to release the undisclosed details of the deal the Government of Alberta made with TC Energy earlier this year.

"Albertans deserve to know where their $7.5 billions [sic] went, what will happen if this project fails completely, and how many more jobs will be lost while rich shareholders and profitable corporations fill their pockets at the expense of Albertans,” said Irfan.

According to the NDP, the cuts at TC Energy included layoffs in management.