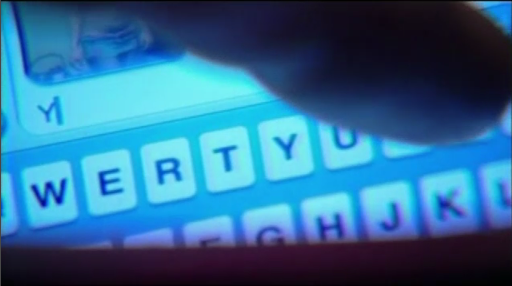 A new study from the University of Calgary suggests teens sexting is linked with delinquency and mental health issues.

Psychologists at the University of Calgary are calling for better awareness around digital health, safety and conduct after a study found teen sexting is often associated with delinquency, sexual behaviours and mental health issues.

The University of Calgary-led study involved a broad analysis of 23 studies on adolescent sexual behaviours involving 41,723 participants, which revealed sexting among teens is associated to a number of risk factors for young people, including having multiple sexual partners, a lack of contraception use and mental health issues like anxiety, depression, delinquent behavior and substance use.

The study was published in the medical journal JAMA Pediatrics and shows the need for educational campaigns that raise awareness around issues of digital health, safety and conduct, says Dr. Sheri Madigan, an associate professor at the University of Calgary department of psychology and a senior researcher on the study.

“Sexting has become the newest method of expressing sexual behaviour in teens. It is common and on the rise,” she said.

“Our previously published research suggests that one-in-four teens are receiving sexts and one-in-seven are sending them. We also know that the majority of youth are not talking about this at home.”

Madigan said studies suggest 49 per cent of parents have no intention of talking to youth about their online or offline sexual health.

“So, it’s really the flip of a coin as to whether youth are going to learn about safe, legal and ethical digital practices from their parents,” she said.

That’s why sexting needs to be incorporated into the sex education curriculum of schools, says Camille Mori, the lead author of the paper and a master’s student at University of Calgary.

“More than anything this study is a call for more and better education,” she said.

“We need to have those talks about consent. Not just in terms of sexual consent, but also consent around the distribution of images. What does consent mean in the digital age? What do you do when you receive sexts? And what is your responsibility when someone shows or forwards another persons sext to you? We need to talk about the ethics and consequences surrounding this on both sides.”

Sexting is the sending or sharing of sexually explicit messages and photos through texting on mobile phones.

The 23 studies analyzed for the JAMA Pediatrics paper involved adolescents ranging from 12 to 17-years-old, and were conducted between 2012 and 2018.

The meta-analysis looked at studies from around the world, with the majority based in North America, but also from countries like Nigeria, Korea, Australia, Peru and others.

The study found teens who sext are nearly four times more likely to be having sex than those who are not.

Teens who sext are also more likely to engage in substance use and delinquent behaviours, such as stealing and property damage.

Madigan, who holds a Canada Research Chair in the Determinants of Child Development, adds that the study does not imply sexting causes these other problematic behaviours.

Instead, the problematic behaviour are linked with sexting by associations.

“Right now, we can’t disentangle what comes first, the sexting or the risky outcomes,” said Madigan.

Madigan encourages parents and educators to have open conversations with teens about both healthy relationships and digital safety.

More information on digital safety can be found online.