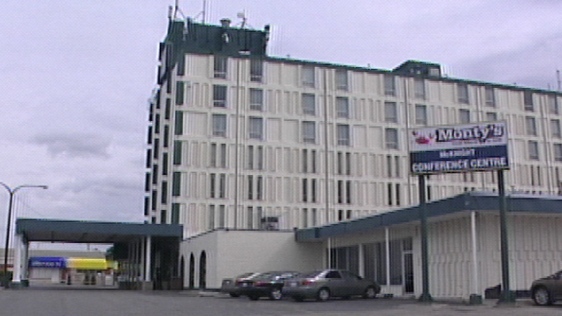 The Drop-In Centre held another public meeting over the proposed low income housing development at the old Quality Inn hotel on Edmonton Trail.

Residents in the northeast community of Greenview aren’t backing down over a proposed low income housing unit to be built in their backyard.

Plans are underway to convert an old hotel into housing for the working poor.

That plan has been delayed because of continued concern by area residents about the impact the complex would have on property values, the type of clients it would attract, and lack of public consultation.

Residents like the project, but want to have it built elsewhere. “I think we could come up with something better,” says resident Tara Rindfliesch. “I don’t think it necessarily even has to be in this building. I think that we could envision having smaller complexes that really do mix different housing with homelessness.”

The Drop-In Centre hosted an open house on Thursday night to outline their plans for the hotel.

Not all residents are opposed. “I think that people trying to get by, you know, sort of hard working Calgarians,” says Kristin Morrell. “It could be more of a positive presence in the community than sort of a hotel that people stay in overnight.”

Debbie Newman, executive director of the Drop-In Centre, says that a huge proportion of residents will be working. “Probably 90 percent of the people that are in here will be working, some of them may be pensioners, and some may be on disability income, so it will be a mix of individuals.”

Greenview residents will be able to review the plans and offer feedback.

The Centre hopes that a permit application will be submitted in the coming months.

Depending on opposition and the council’s decision, the housing complex could open in one or two years.