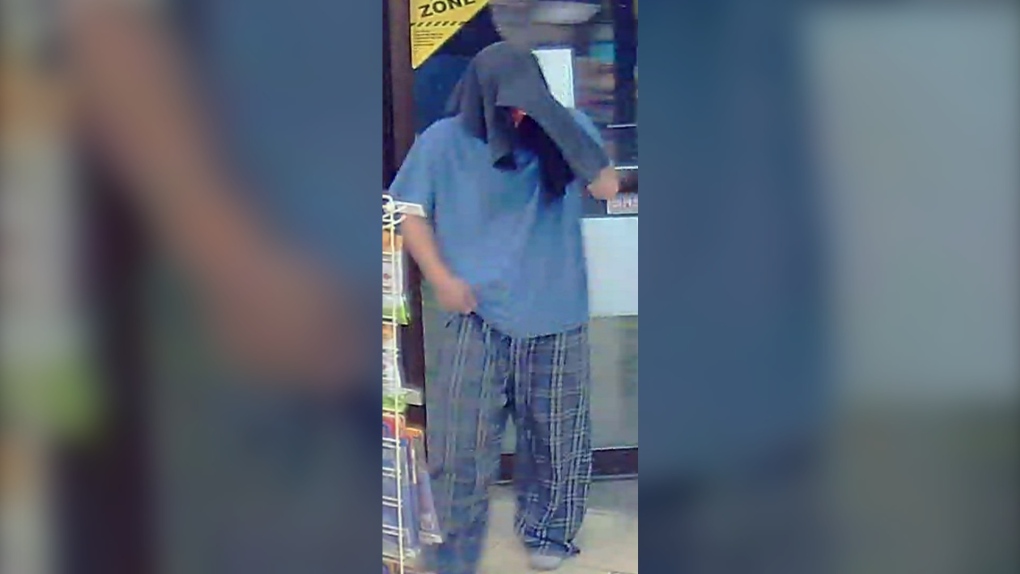 The RCMP are seeking the public’s help to identify a suspect who robbed a High River 7-11 Wednesday, then escaped on a BMX - style bicycle.

The man, described as a Caucasian between 20 and 30 years old, held a gun on the clerk and demanded cash.

He was described as being around 175 centimetres (5'9") tall, with a slim to medium build, and having dark brown hair.  He wore  blue plaid pyjama bottoms and a blue t-shirt, .

During the robbery, the suspect draped a dark shirt over his head, then added a dark hooded sweatshirt and plaid jacket before departing on the bicycle.

Anyone with information about the suspect’s identity is asked to contact High River RCMP at 403-6542-2357.

Anonymous tipsters can contact Crime Stoppers at 1-800-222-8477, online at P3Tips.com or by using ‘P3Tips’ app available through Google Play or the Apple app store.