'They were really cute': Coyote pups now a problem for Calgary residents 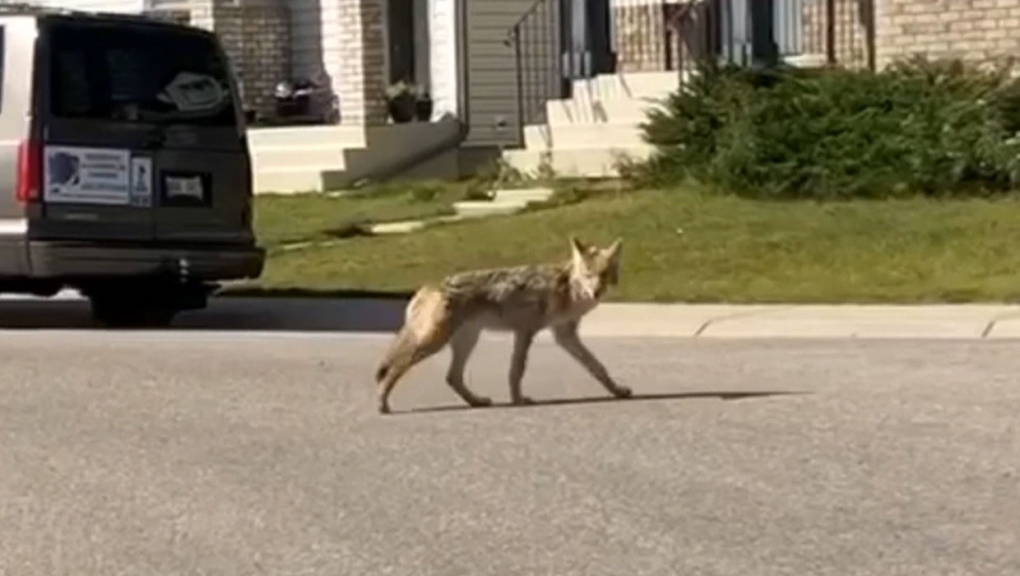 Residents in Arbour Lake say the city needs to take action about a pack of coyotes they say have become acclimatized to humans. (Supplied/David Thistlewaite)

Northwest residents say they want more to be done about a coyote family that's made their home in a greenspace and now pose a real danger to kids and pets.

In the spring, the City of Calgary issued an advisory about a den of coyotes in Arbour Lake and even blocked off a section of a park to keep residents away after a group of pups were born.

However, now that the pups are all grown up, residents say the city needs to pay attention again.

Diane Cutuk tells CTV News her dog was recently attacked by one of the coyotes.

The incident left her with a massive vet bill, but that wasn't the end of her run-ins with the animals because as soon as she got home, a coyote charged at her in her own driveway.

"I, of course, started screaming," she says, "because I was really scared and thankfully the coyote ran off down the street."

Cutuk says the attention the den got earlier in the year might be the reason for the coyotes' bad behaviour now.

"When I called the city to report the dog attack, they actually told me people had been feeding the puppies. I'm thinking that now they're feeling more comfortable with humans and maybe associating us with food.

"It's really quite scary."

Cutuk isn't the only one in the neighbourhood who feels the coyotes are too close for comfort.

Wednesday afternoon, David Thistlethwaite came home to find a coyote on his front step. The animal trotted off through several of his neighbours' yards and down the middle of a nearby street.

Thistlethwaite says this is a regular occurrence, and he's concerned as there are three area schools nearby.

"There are young children that walk along this street every day," he says. "Right across the street from where these guys have come across."

When Thistlethwaite called the city about the coyote problem, he was told simply to 'stay inside' when the coyotes are in the area.

"This effectively makes me a prisoner in my own home," he says. "I'm confused. I thought I would get more support about something that could potentially be a dangerous situation."

Thistlethwaite is also concerned there are no signs warning people of the potential danger, noting that when the coyote pups were in the area in the spring the city taped them off and erected signs to protect the animals from people.

He says if the city won't post warnings, he'll consider doing it himself.

Many other people have shared their stories of the wild dogs roaming in the community and want the city to take steps to make sure children and pets are kept safe.

The City of Calgary Parks Department says it's aware of the problem and is monitoring the situation.