CALGARY -- A top provincial government employee stands accused of bullying for comments he made on social media.

Executive director of issues management for the premier of Alberta, Matt Wolf, questioned the judgment of an education advocate Tuesday for retweeting a rant critical of the UCP government.

The profanity-laced rant by an Alberta doctor received a lot of attention on social media. 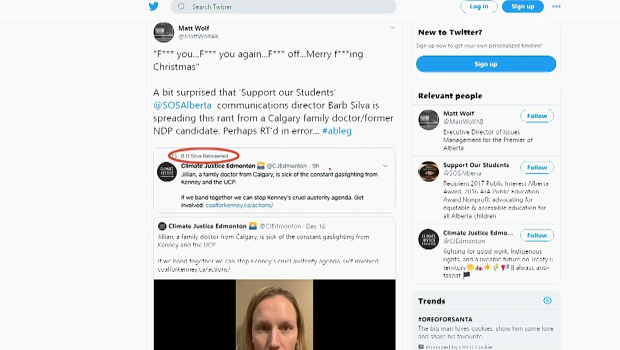 Wolf’s tweet targeting Silva quoted some of the curse words in the video adding, "a bit surprised that 'support our students' communications director Barb Silva is spreading this rant."

Dozens online saw Wolf's remarks as "harassment” and questioned the use of tax-dollars.

Matt Wolf if you want to crap on citizens “after work hours” maybe you shouldn’t be using your goverment connected twitter account! We all know who you are and you work for the Premier of Alberta. And how you talk to Albertans when representing the goverment is not OK!

"His typical troll behaviour is online bullying," Silva said in an interview Tuesday with CTV.

CTV requested comment from the UCP, asking whether they considered it appropriate for a government employee to interact in public this way.

A spokesperson with the premier's office responded saying the doctor's rant used curse words several times and she previously ran for the NDP.

"We also find it strange that Ms. Silva, who runs a supposed students’ advocacy organization, would propagate such a profanity-laden video," said  Harrison Fleming, the premier's deputy press secretary.

He added that Wolf’s tweets were made after work hours and added that Twitter does not reflect Albertans, because most people don’t use it.

"(T)here are a growing number of journalists who incorrectly see Twitter as a reflection of the general population, making participation in the forum an unfortunate reality," Fleming said.

University of Calgary political scientist Melanee Thomas, who has also been targeted by Wolf online and the premier in the legislature, said the UCP's response to the video rant reflected a change from the traditional government tactic of minimizing attention to its critics.

"This government openly attacks critics and that's a shift and I think that's bad for democracy," said Thomas.

Silva was surprised Wolf chose to address her of all of the people who retweeted the rant. 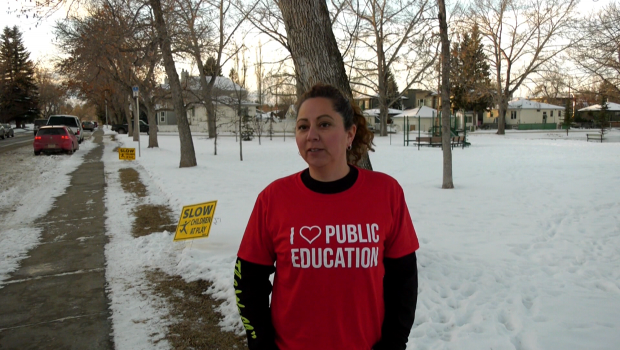 "I think it's very concerning when a member of the government surveils citizens' behavior on social media," Silva said.

She said the provincial government has been trying to discredit the education advocacy group she works for and would like an apology from Premier Jason Kenney.

"I am a volunteer public education advocate so I have no idea why that's a public enemy to this government."