Danielle Smith, the former Wildrose party leader and UCP leader hopeful is under fire after she hosted a podcast over the weekend with naturopathic doctor Dr. Christine Perkins talking about healthcare and the need for both mainstream and naturopathic medicines.

Smith and Perkins began talking about cancer patients, specifically those with stage four of the disease.

While listening to Perkins, Smith said she believes some of the blame falls at the hands of the patient.

“Once you’ve arrived and got stage four cancer and there’s radiation and surgery and chemotherapy, that is incredibly expensive intervention — not just for the system, but also expensive in the toll it takes on the body,” said Smith.

“But, when you think everything that built up before you got to stage four and that diagnosis, that’s completely within your control and there’s something you can do about that that is different.”

The pair talked about prevention with naturopathic medicines, before using mainstream medicine, such as chemotherapy and radiation, which they compared with being a ‘heroic’ medicine.

On Monday, Smith doubled down, saying the NDP attacked her for her comments.

“She (Dr. Perkins) is quite correct, the first three stages of cancer are more controllable in what complete care is available to a patient but once you get to stage four, that's when the patient is less in control,” said Smith in a Twitter video.

The attempt to use prevention & early treatment of cancer, as a political wedge issue, was beneath her.#abpoli #cdnpoli #ableg pic.twitter.com/rWmyq1wIsi

“Apparently everyone knows it to be true, except apparently for the NDP who want to use it as a wedge issue to attack me. I think that's beneath even them, and Albertans are tired of this.”

Smith responding to several politicians who have blasted her for spreading misinformation, including NDP leader Rachel Notley.

But she is also facing blowback from fellow UCP leadership contenders, with almost all coming out and criticizing her viewpoints. 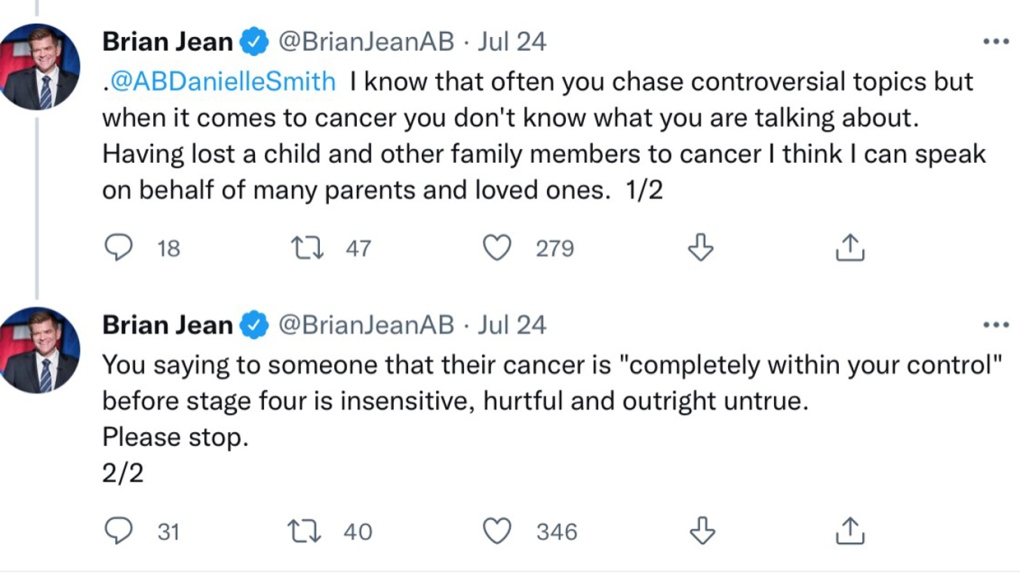 Leadership hopeful Travis Toews said he was surprised by the comments.

“Cancer is such an emotional issue, there have been so many families that have been touched by that disease, I don’t want to further politicize it,” said Toews. 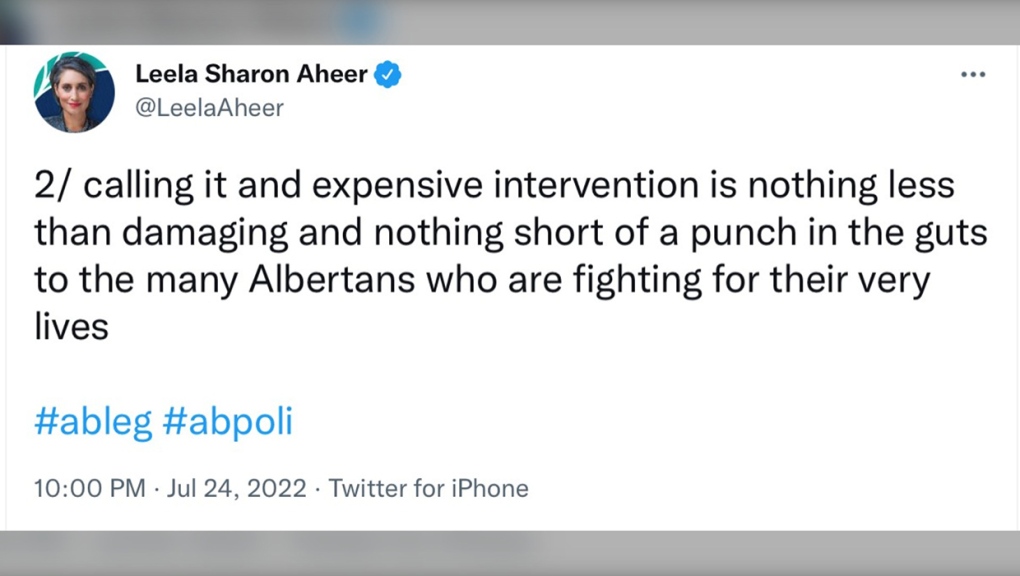 For Rebecca Schulz, who is also seeking the leadership she believes these statements are what leads to a divided province.

“Saying things like this that are untrue, absolutely going to lead us to an NDP government on a silver platter,” she said. 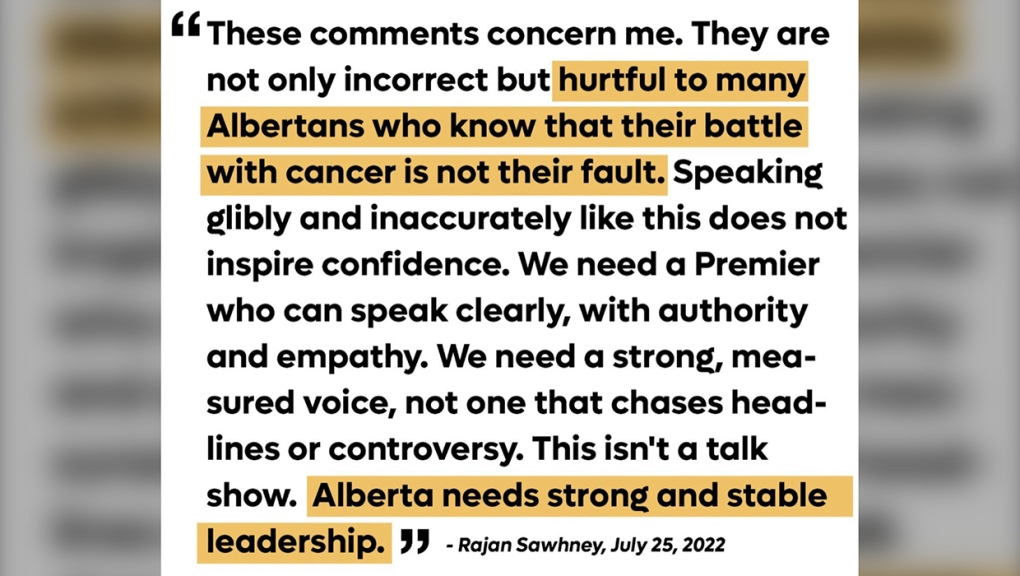 Timothy Caulfield, an expert in health law and policy at the University of Alberta, said these comments frustrate healthcare professionals.

“There is no evidence to support her claims,” he said.

He suggested that it's Smith who is politicizing cancer.

“You would think that a politician would be more sensitive more careful about spreading misinformation, health misinformation like this. We don’t need to legitimize pseudoscience, we need more good science,” said Caulfield.

He added that he does agree that lifestyle choices such as exercise, not smoking and eating well are alternative medicines in themselves to hopefully prevent deadly diseases.

Smith’s campaign did not make her available for an interview on Tuesday, referring CTV back to her podcast and video statement.

Two Mounties on trial in the death of an Alberta man have been found not guilty of manslaughter and aggravated assault.

Quebec's legislature has passed a law putting an end to the requirement that members swear an oath to the King.

A security breach linked to Ontario’s COVID-19 vaccine portal exposed the personal information of thousands of people in the province.

No decision on landfill search, Winnipeg Police Board considering outside help

Decisions on next steps in a potential search for the remains of two Indigenous women believed to be at a landfill outside Winnipeg are being worked through with the option of bringing in outside help.

The Ikea monkey was spotted 10 years ago. This is where he is now

A monkey cloaked in a tiny shearling coat was found roaming an Ikea in Toronto 10 years ago to date.