Unfashionable fakes: How to protect yourself from counterfeit goods online 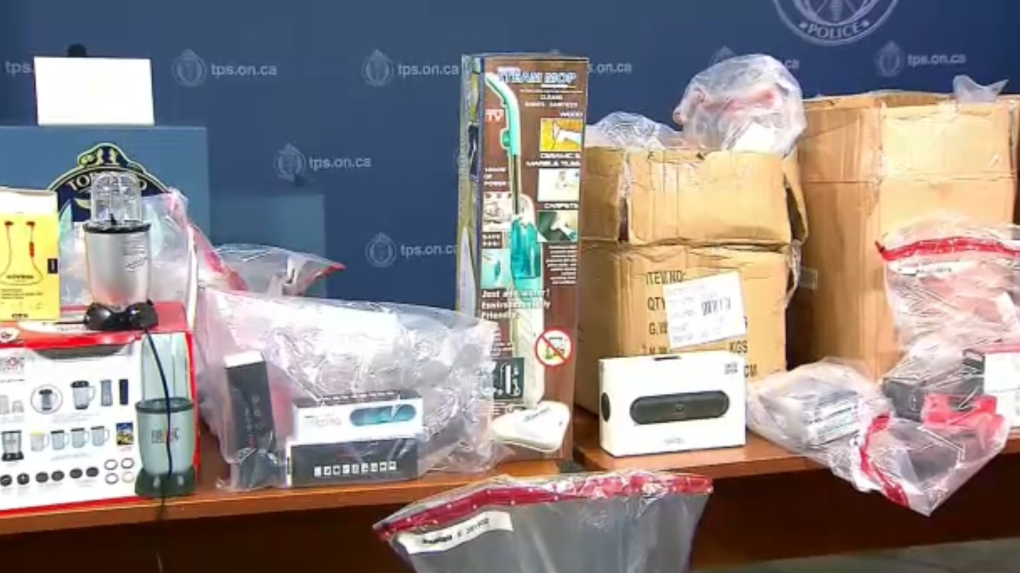 Toronto police displayed a number of counterfeit goods seized from transport trucks in a $2.5 million bust in December 2016. (CTV News)

The staggering number of counterfeit goods sold online is described as an "epidemic," but Canadians are being reminded there are ways to get their money back and help authorities go after criminal organizations.

Online sales of counterfeit goods in Canada and the U.S. have exploded in recent years, costing consumers and businesses billions of dollars according to a report by the Better Business Bureau.

The report, Fakes Are not Fashionable: A BBB Study of the Epidemic of Counterfeit Goods Sold Online, says “organized criminals operating out of China are behind the vast majority of this fraud".

Shoppers are duped by deceptive websites that look legitimate using copyrighted pictures of brand-name goods, the BBB report says. Many consumers then receive fake items, low-quality substitutes or nothing at all.

Counterfeit goods range from clothing to printer ink to car parts, according to the BBB.

"When people get scammed in that kind of way, they are very shy to report it, so they're not coming forward," said Shawna-Kay Thomas, spokesperson for the Southern Alberta BBB. "This is one of the reasons we continue to try and push and encourage people to make these reports so that we know the extent of the situation.”

Who's to blame? Perspectives have shifted over the last several years, according to Jeff Thomson with the Canadian Anti-Fraud Centre's Fraud Prevention and Intake Unit.

"But when you go and look at these websites, when you see a spoof brand website where they are spoofing Canada Goose or Nike, or whatever the product it is...when you see the spoof site that looks just like the real one, there's fraud at the end of the day." 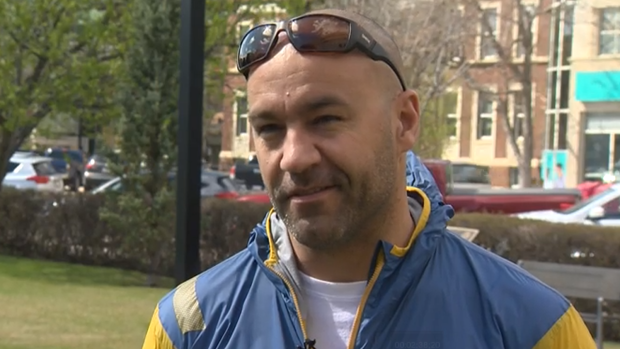 Scott Gamache from Penhold, Alta. considers himself a smart online shopper, but he still fell victim to counterfeiters.

Gamache, who says he has been an online shopper since the early 2000s, usually sticks to reputable websites that he knows well.

But in April 2018, while shopping for climbing gear, an ad that popped up on Google caught his eye.

"The site looked respectable and the prices were quite a bit better than the site that I normally buy from, so I made the mistake of making a purchase," said Gamache. "The e-mail that I got indicated that it was coming from China, so that was a flag right there.”

One month later, he received a disappointing package.

"It was some Armani Exchange knockoff T-shirts and a pair of slippers," he said.

Gamache e-mailed the website to complain but never received a response.

The website disappeared a few months after he reported his case to the BBB.

Burned shoppers like Gamache can take steps to get their money back, especially if they paid with a credit card.

Under the CAFC's Project Chargeback, consumers can get the evidence they need to get credit card companies to refund the money they spent on fake goods.

The first step for shoppers is to file a complaint to the CAFC, including a photograph of the goods, and the web address they bought goods from, if possible.

The CAFC then confirms, with the help of product rights holders, that the goods are not authentic.

The agency then sends the information to the credit card company, allowing the consumer to get a chargeback or reimbursement in most cases.

The process often leads to the shutdown of fraudulent websites and their ability to sell by credit card.

"There's a huge hit on the criminals behind this stuff," said Thomson. "They are losing the product they have shipped," he said, adding victims don’t have to return the products and are instead told to destroy them.

"So there is the cost of shipping. There is a cost of producing that product. There is the potential that they are going to lose their banking facilities,” he said.

Companies that hold the rights to products being counterfeited are happy to work with the CAFC, since it is having an impact, said Thomson. The number of counterfeit complaints is dropping in Canada, he said.

The U.S. does not have a program similar to Project Chargeback, touted by the CAFC as the first of its kind in the world. The BBB report recommends the U.S. adopt its own program based on the Canadian example.

The problem is not being ignored, however, according to the U.S. government.

The marketplaces include Amazon, eBay and Alibaba.

"This is a warning shot across the bow that it is your job to police these matters, and if you won't clean it up, the government will," said Peter Navarro, director of the White House National Trade Council.

Many red flags are buried

As criminals get more sophisticated, it is more challenging than ever for online shoppers to notice they may become victims of fraud, said Thomas.

Many fraudulent websites offer prices that are close to the price of the real product, she said.

"The red flags are buried now. We can no longer use price tags to tell the difference," she said. "The scammers are getting smarter by the day."

Tips from the BBB include:

Gamache hopes he will not get burned again.

"I don't deviate anymore…I stick with Amazon, eBay and one particular sporting goods site,” he said.