Union says Calgary Board of Education preparing to cut teachers 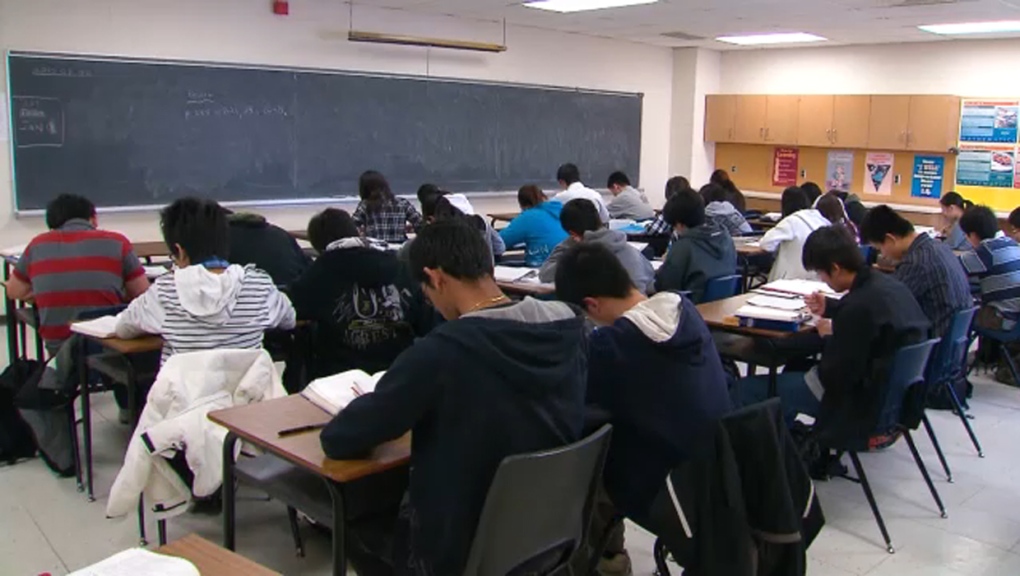 The Calgary public teachers union says teaching jobs are in jeopardy in Calgary despite the fact enrollment numbers are expected to grow.

According to Alberta Teachers Union Local 38 officials, several Calgary Board of Education teachers have been informed in the last week that their contracts will not be renewed, and that some retiring teachers will not be replaced, as the school board prepares for a potential funding freeze.

The union says some elementary schools are looking to reduce their staff by three to five teachers while high schools could eliminate upwards of 10 teachers. The cuts are expected to see the average CBE class size grow by one to two students.

"In a smaller school it's even harder, not just for teachers but for the students," explained Bob Cocking, president of A.T.A. Local 38. "In a small school they have 13 teachers, now you have 12. Your class sizes are going to jump quite a bit and the kids are going to have less opportunity to have the teacher's attention. There's going to be a lot more classroom management that they're dealing with because they used to have (educational) assistants to support them, they're not going to be there."

The number of CBE teachers who are expected to retire in the coming weeks, and whose positions are not expected to be filled, is between 220 and 300.

The CBE is bracing for a $22 million budget shortfall as it expects the provincial government will freeze funding for education in the fall budget.  The province has not reached out to the CBE regarding future funding and the board's planned staffing cuts are based on the campaign platforms of the United Conservative Party.

Adriana LaGrange, Alberta's Minister of Education, says a decision on funding has yet to be made but the government is committed to maintaining or increasing funding. In a statement to CTV, the ministry says it has no plans to intervene in the spending decisions of school boards ahead of the fall budget.

"In the meantime, the government respects the autonomy of local school boards to make spending decisions. They are in the best position to address any questions about their budgets", said
Colin Aitchison, press secretary for the Minister of Education in his statement.

CBE enrollment numbers for the 2019-2020 school year are expected to increase by approximately 1,800 students over 2018-2019. Should the province elect to increase funding to accommodate increased enrollment, the CBE says its prepared to hire teachers back in the fall.

The Calgary Catholic School District is also working to finalize its budget by June 30 but officials say 'there is still significant uncertainty around the provincial budget'. In a statement released Monday afternoon, CCSD officials said they are bracing for a shortfall.

"Based on the district’s interpretation of the direction laid out by the government in its “Alberta Strong & Free” document, balanced with the operational priorities of the district, a $15M shortfall is anticipated. This will be mitigated through cost reduction efforts and depreciation, as well as by accessing district reserves. Most staff reductions will be addressed through attrition and will include the reduction of Instructional Services’ consultants, Diverse Learning teachers and contingency teachers. The district’s Board of Trustees will advocate through our new provincial government to help them understand the district’s operating reality and ensure they are aware of the need for sustainable funding. Calgary Catholic will continue to work through the budget process to make the best possible choices for the students and families it serves".

With files from CTV's Kevin Green