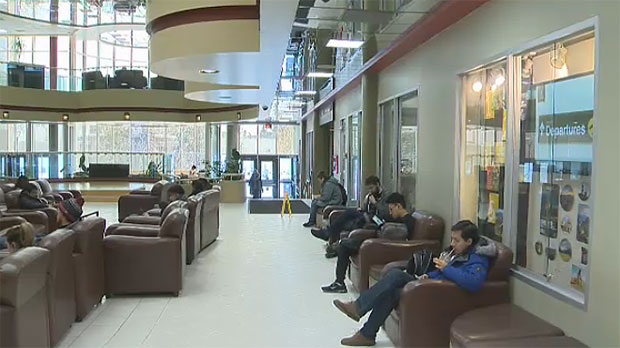 Under the new agreements, the University owns the building and the SU will manage it.

The University of Calgary and the Students’ Union have signed off on two new agreements that will put the battle over ownership of MacEwan Hall to rest.

The Students’ Union took legal action in 2015 and argued that it had invested over $20 million in the building and deserved a share.

The two sides have been trying to negotiate an agreement since March of 2017 and arrived at a resolution on Tuesday evening, signing off on a Stakeholder Rights Agreement and a Management and Use of Space Agreement.

“The Stakeholder Rights Agreement, I think the significance of that is it’s an agreement that’s perpetual for the life of the building and it enshrines those rights that the SU has. They come out of our investments in the building, our over $20 million that we put into it and so it’s been fantastic to be able to secure that for students and to be able to have the future of students in this building secured,” said Brandon Cave, Students’ Union President.

The Management and Use of Space Agreement lays out how the building should be managed and operated and will be renegotiated every ten years.

The Students’ Union approved up to $850,000 for legal costs and Cave says it was money well spent.

“Every dollar that students have spent has been worth it. What we’ve been able to do is to establish what the importance of this building is on campus and for students and as a result of that we now have these fantastic agreements that are in place and allow students to have their building.”

Elizabeth Cannon, University of Calgary President, says the agreements are a win-win for both sides.

“It’s been a long time coming. A lot of collaborative work, hats off to Brandon Cave, the SU President and his team, I think it’s terrific to be where we are today to really ensure that the students can benefit from Mac Hall for a very, very long time and that the agreement that we’ve struck really, I think is unique in Canada and shows how student unions and universities can work together for the benefit of their students,” said Cannon. “It is about ensuring that the student’s investment in Mac Hall, over many years, is acknowledged and to have perpetual rights for the life of the building really, I think, gives students what they need.”

The University of Calgary now owns the building but the SU will manage the facility and have the right to occupy its space and provide business and programs for students.

“I see this as a very positive outcome. It’s going to ensure that the Mac Hall remains the hub of student activity for a long time,” added Cannon.

The Students’ Union will assume full management of the building on May 1st and will also continue to receive the revenue from third-party tenants.