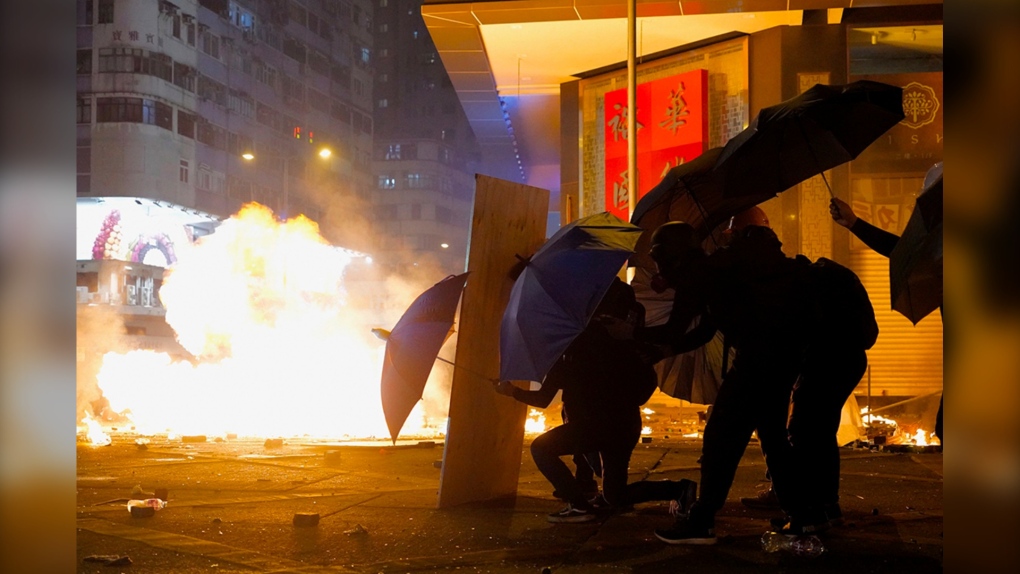 CALGARY – The University of Calgary has offered assistance to two of its students who are currently participating in an exchange program in Hong Kong as police and protesters continue to clash in the semi-autonomous Chinese territory.

"We have reached out to them and recommended that they both leave the country," said Susan Barker, the University of Calgary's vice-provost of student experience, in a statement to CTV. "Additionally, we have also offered to provide the students with assistance related to extra costs incurred as a result of their early departure from Hong Kong."

The University of Calgary has not disclosed which Hong Kong post-secondary institutions the students are attending or whether the students have arranged to leave Hong Kong.

Mount Royal University officials confirm that none of its students are currently in Hong Kong as part of an exchange program.

Protests have been commonplace in Hong Kong over the last five months as citizens take to the street to voice their concerns with proposed legislation that would have allowed for the extradition of criminal suspects to mainland China. Demonstrations were peaceful in the first weeks but the encounters between police and protesters have become increasingly violent.

Hundreds of protesters have been trapped on the campus of the Hong Kong Polytechnic University for days. The protesters originally barricaded themselves within the school and police responded by cordoning off the campus.

On Monday, protesters attempted to escape the campus and were met with tear gas and rubber bullets fired by Hong Kong police.

With files from The Associated Press