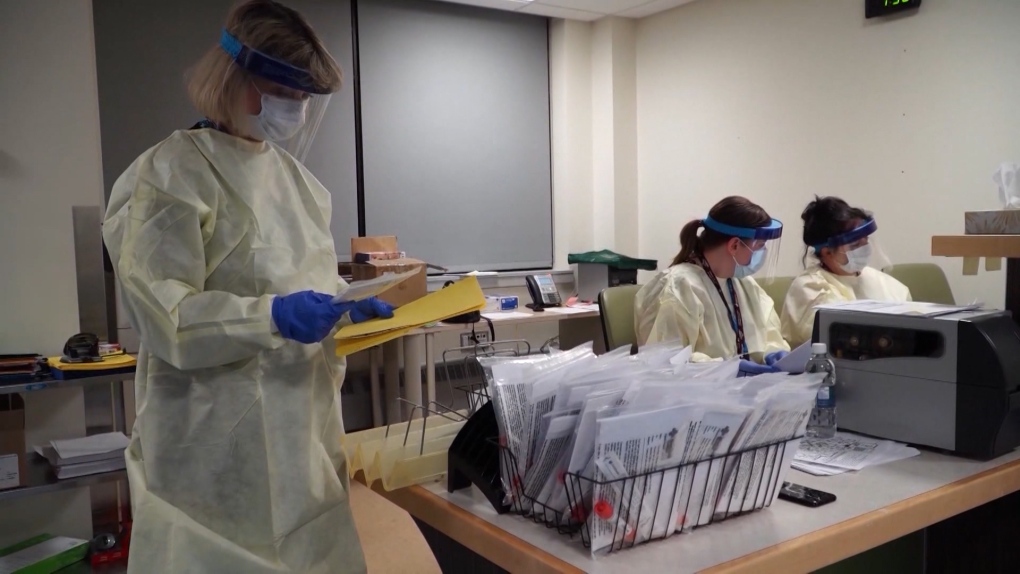 The province has acknowledged that while previous reports have indicated a higher number of unexplained deaths, there is a justifiable reason for the data.

Earlier this week, CTV News reported on government statistics on the top causes of death in Alberta in 2021. In that report, it showed there were 3,362 Albertans who died from "ill-defined and unknown causes."

While some experts implied that that figure could be due to complications from COVID-19, the government says that isn't necessarily the case.

"The 'other ill-defined and unknown cause of death' classification is given when a cause of death cannot be determined, or when a death is still under investigation with a medical examiner. Some deaths originally coded in this way are updated as final determination of cause of death are determined," said Brett Farrell, press secretary to Service Alberta Minister Nate Glubish in an email to CTV News.

He went on to say that the data provided is dynamic and doesn't necessarily reflect the latest results.

"The data on Alberta’s Open Government portal reflects the coding information provided by Statistics Canada up to June 2, 2022 – this number will continue to be refined as final medical causes of death are determined," he said.

"This work is underway by Statistics Canada, and as of July 6th, 2022 the total number of deaths coded as 'other ill defined and unknown cause of death' in 2021 is approximately one-third (35 per cent) lower than what was previously published in the 2021 vital event datasets."

Meanwhile, Alberta Health says even while COVID-19 cases are down in the province and officials have halted weekly reporting of case data, the agency is still receiving data on deaths related to the virus.

"All COVID-19 deaths are required to be reported to Alberta Health per the Notifiable Disease Guidelines," said Lisa Glover with Alberta Health.

She says this means her ministry has access to different data than what Service Alberta and Statistics Canada are sharing.

"Alberta Health shares information transparently and promptly. Once a week, we publicly release the deaths that were reported to Alberta Health in the previous week with COVID-19 as a contributing cause."

When it comes to vaccines, the provincial government stands by their effectiveness and adds they have not led to any more than one death in Alberta so far.

"The claim of vaccines causing death is not supported by scientific research or the global experience of COVID-19. There is no basis to suggest the 'unknown' category in the Service Alberta data contains additional (adverse event following immunization) deaths, the very low rate of death and other serious AEFIs in Alberta is consistent with the extensive published evidence," Glover said.

Instead, the province says that anyone who delays or refuses vaccination can put themselves at serious risk.

"Those who are unvaccinated are more likely to experience severe outcomes from COVID-19 infection. We continue to encourage Albertans to get every dose which they are eligible for."