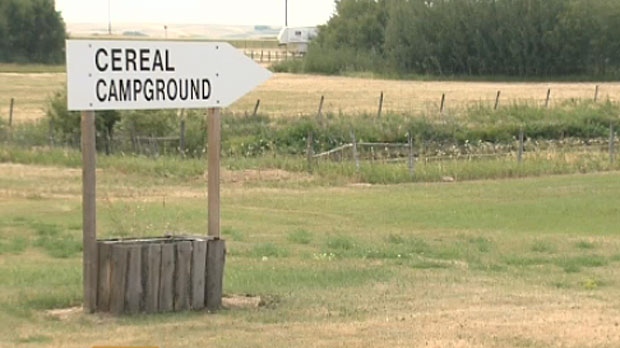 CALGARY — The province has laid charges against the Village of Cereal, its foreman and the caretaker of an area campground relating to the improper use of pesticides in June 2017.

Both the village and foreman Kenneth William Rude are each facing four charges under the Environmental Protection and Enhancement Act and two charges under the Pesticides Sales, Handling, Use and Application Regulation.

Darcy Gene Olds, caretaker of the village campground, is also facing the same charges for a similar offence.

Cereal is about 300 kilometres east of Calgary.

In a release, the province said Environmental Protection and Enhancement Act offences relate to:

And charges under the Pesticide Handling, Use and Application Regulation relate to:

Two dogs became sick and died in July 2017 after a family made a trip to Cereal.

The dog’s owners said at the time signs were put up advising a liquid had been sprayed on baseball diamonds to decrease the gopher population, but there was nothing indicating that it was ‘toxic’ or ‘poison.’

Toxicology tests done on one of the dogs came back positive for strychnine.