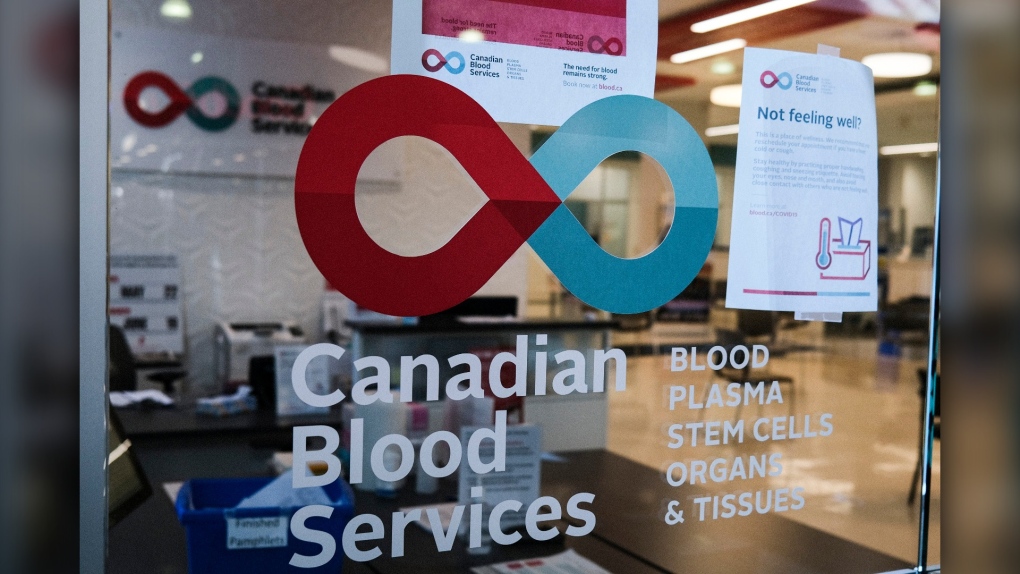 The organization has not been able to accommodate as many donors at clinics due to physical distancing required since the novel coronavirus appeared earlier this year.

About 400,000 of Canada's 37 million population give blood on a regular basis.

Canadian Blood Services operates a national inventory that allows products to be regularly shifted around the country to meet hospital and patient needs. But the inventory has a shelf life - a year for frozen plasma, 42 days for red blood cells and five days for platelets - so it takes some work to ensure supply continues to meet demand.

"Things are still in good shape with the blood system in terms of our inventory. It's a healthy inventory right now for sure," said Peter MacDonald, director of donor relations.

"We're watching very closely as things move forward and we get hot spots across the country along with the second wave."

MacDonald said when shutdowns went into place in March, there was less demand for blood, because many elective surgeries were postponed and trauma cases dropped in emergency rooms as people stayed home and off the roads.

The resumptions of elective surgeries in the summer increased demand and the agency hasn't seen that change in the second wave, he said.

"In July, hospital demand got back to pre-COVID levels. We haven't seen that dip yet in the second wave in terms of demand that we saw in March and April," MacDonald said.

"We're monitoring the inventory every single day and forecasting up to eight and 12 weeks as to where we expect it to be. The forecast is good right now, but under these conditions it can change pretty quickly."

A Calgary vascular surgeon said doctors have been in constant contact with Canadian Blood Services since March.

"Are people not going to donate or are we going to need more blood?" asked Dr. Greg Samis, an assistant clinical professor at the University of Calgary. "Will the crisis end up with so many people so sick that we won't be able to get blood donation from anyone?"

Samis said Canadian Blood Services has a green, yellow or red alert scale. He said it has been mostly green and "we haven't been at red at all."

But even with another reduction in elective surgeries, it's doubtful blood demand will drop off, he said.

"There are a few things in cardiac surgery and vascular surgery where we would be doing operations during COVID ... but almost all of it is going to be trauma and unplanned events," Samis said.

"We need an ongoing bank account and we don't want to keep withdrawing from it until we hit below the critical level."

This report by The Canadian Press was first published Nov. 25, 2020.