Website documents climate change in Alberta since the 1950s, and what it might look in the decades ahead 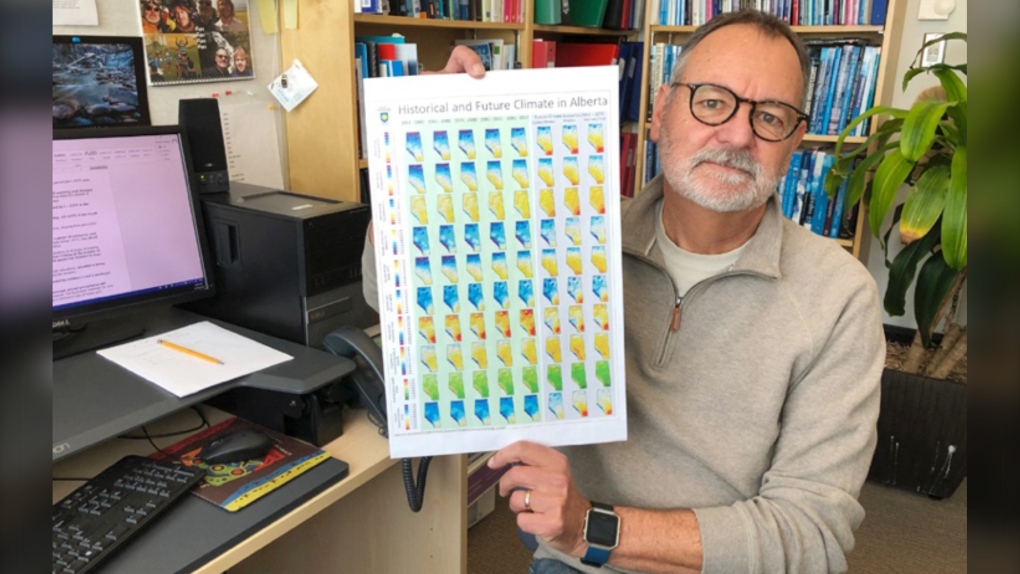 CALGARY -- Albertans wanting a glimpse of how much climate has changed in the province in recent decades — and those wondering how it might change in the decades to come — can now turn to an interactive website.

Launched by two University of Lethbridge professors, Dr. Stefan Kienzle from the department of geography and Christine Clark from the department of new media, the website AlbertaClimateRecords.com has been updated to include observed weather between 1951 and 2017, as well as future climate projections from 2041 to 2070.

“We need to be prepared for what’s happening and this is what the website’s about,” said Kienzle said in a release.

“We want to inform Albertans about what’s going on in their backyard and how our weather patterns have changed. Then anyone can at least anticipate what weather patterns are occurring in their region now and in the future and adapt accordingly.”

Farmers, ranchers, foresters, water-resource manager, infrastructure planners will be most interested, said Kienzle, along with Albertans interested in climate change.

More than 100 high-resolutions maps are available for download, which show the province is getting warmer, said Kienzle.

“The average annual temperature in southern Alberta has gone up by one-and-a-half to two degrees and by two to over three degrees in northern Alberta," he said.

"Winters are the key driver of this average annual warming. They have warmed by four to five degrees in the south and by six to seven degrees in the north since the 1950s.”

And Kienzle says there are also now more extreme weather events, including warm and cold spells.

“Under global climate change, we would expect that we would have an increase in heat waves and we have that,” he said. “We have two to four times more heat waves per year compared to the 1950s. Interestingly, cold spells have also increased by a factor of two to four.”

Future climate projections are another new feature of the site, which uses three climate models "most relevant to Alberta to project the climate from 2041 to 2070."

"For southern Alberta, those projections show even warmer temperatures, a declining number of frost days and more summer days where the temperature is 25 C or higher," reads a release.

"While annual precipitation is projected to increase slightly, evaporation rates will strongly increase due to higher temperatures and a longer frost-free period, resulting in overall drier soil conditions. The trend is for more rainfall to fall on fewer days, increasing the risk of flooding causing severe damage, which has occurred more frequently in recent years."