CALGARY -- The Glencoe Invitational will have a different look to it in 2020, as women will compete for the first time since the tournament was created in 1992.

Dale Goehring, invitational chairman, said the men’s side will stay the same with a maximum of 50 amateurs, while the women’s side will look slightly different.

LPGA tour player Jaclyn Lee grew up around the Glencoe and always dreamed she would one day play in the event. It’s not likely she’ll do that in 2020 because she’ll be busy on tour. But Lee said this is a great thing for the sport.

“Ever since turning professional I’ve realized more the impact of the inequality with the men’s and women’s side of the tours,” she said at a press conference on Monday.

“I feel like over the last year I’ve wanted to become a bigger advocate for women and equality in sport. I think that adding a women’s event to the Glencoe Invitational is huge in this.”

Andrea Kosa will definitely play in the event. Kosa was a quarter-finalist in the 2019 USGA Women’s mid-amateur and she’s excited to be able to tee it up in the invitational.

“The invitational is a great event. It’s got so many special players that come to play throughout it and it’s nice that we have the opportunity to show what we have on the women’s side,” she said. 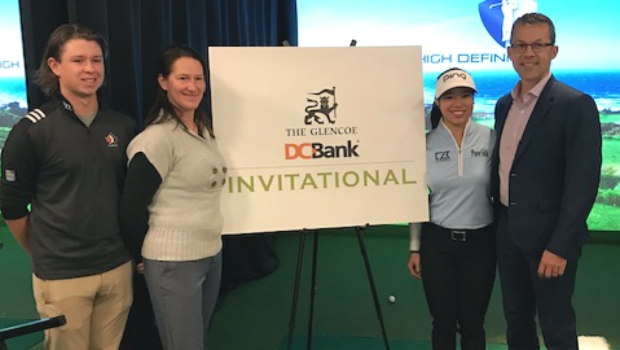 Andrea Kosa, centre left, said she is excited to tee it up at the invitational next year. Jaclyn Lee, right, said the change is a great thing for the sport of golf. (Glenn Campbell)

Adding women wasn’t the only big news to come out of the invitational. There’s a new title sponsor, DC Bank has climbed on board.

Brendan MacDougall is one of the top young Canadian players and he said that will help a great deal.

“Especially because they have a history of sponsoring golf tournaments. They’ve hosted a Canadian tour event and I think it’s great to see them kind of building and saying we want to help amateur golfers and then eventually pro golfers on kind of every level,” he said.

The Glencoe Invitational will be played on the Forest Course from June 15 to 20.