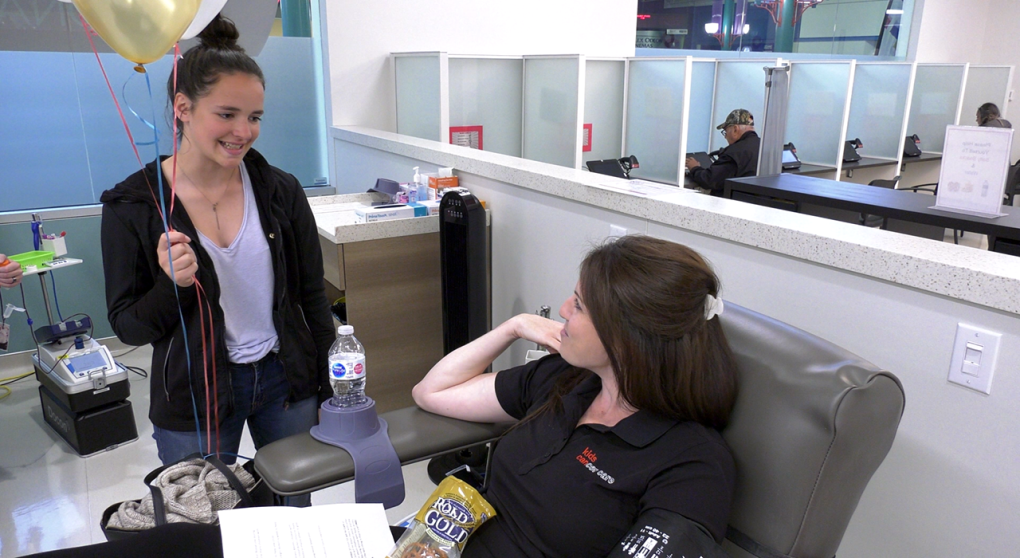 September is Childhood Cancer Awareness Month and to honour it, families from across the country who are affected by the disease are visiting local blood donor centres to thank donors and share stories to inspire others to donate.

When Calgarian Ryane Nethery was three years old she was diagnosed with kidney cancer.

Ryane's dad Rob Nethery said, "She had surgery about a week and a half later that was followed up by 10 months of chemotherapy, she had radiation because the tumour ruptured when it came out."

Her parents believe that Ryane received enough blood to replace her entire system during surgery to remove a watermelon-sized tumour.

She's 15 years old now and while she can't remember that time in her life, Ryane endured months of radiation and chemotherapy that changed her life forever.

"I had a blood transfusion when I was in surgery and it's just very important to me, because I know these people helped me live and I'm alive because of this," said Ryane about the people donating bloodd Tuesday at the Eau Claire Market clinic as part of a month-long campaign.

Kids Cancer Care has teamed up for the month of September to honour Childhood Cancer Awareness Month.

"A lot of people don't realize how much blood cancer patients require on a weekly basis," she said.

"They can take anywhere from 5 to 8 units of blood a week, which means (we need) five to eight donors per patient undergoing cancer treatment." 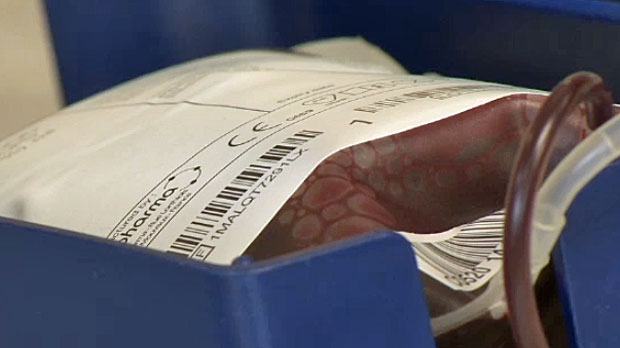 Nikki Lamarche, who is an Outreach Specialist with the Kids Cancer Care Foundation of Alberta said having family members impacted by cancer pay a visit to the donor clinic helps drive home to donors the impact of what thir donation means to the families of children with cancer.

"It's great, because then actual donors can see where their blood is going," Lamarche said.

"Maybe not to that particular person (who's) affected by cancer, but it could be to someone in their family or a friend or someone at high school."

Ryane and a few other children living with cancer spent part of Tuesday handing out balloons thanking donors and encouraging others to book an appointment this September.

For more information, to book an appointment, locate a donor center and check eligibility visit the Canadian Blood Services website.