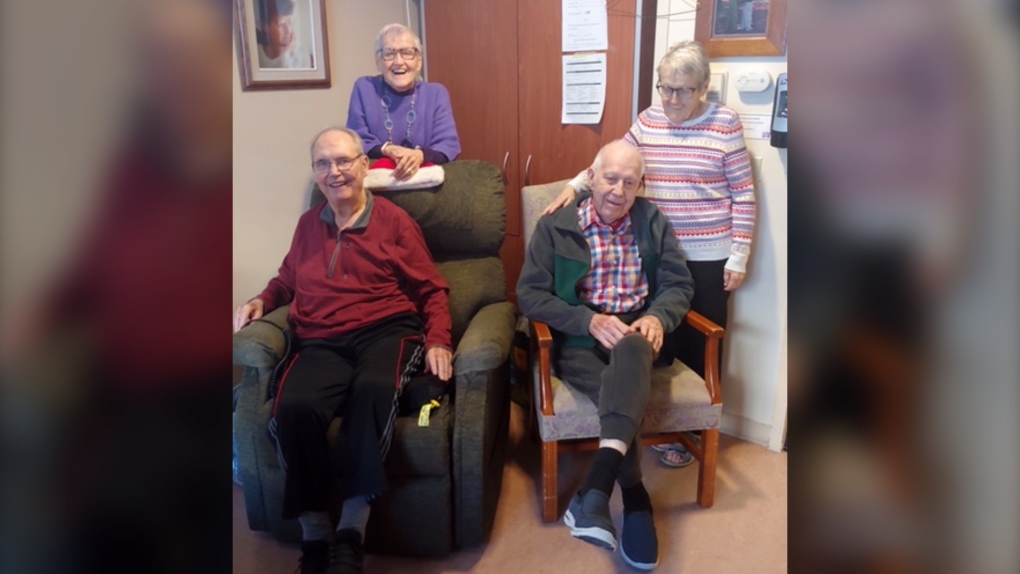 Doreen Gauvreau, right, died Monday morning at the McKenzie Towne Continuing Care Centre due to complications linked to COVID-19. Her husband Sylvio Gauvreau, 89 and brother-in-law Lorne Vaughn, 81 also live at the facility and have tested positive for the virus. (Submitted by Nina Vaughn)

CALGARY -- An 11th resident of the McKenzie Towne Continuing Care Centre has died due to complications linked to the COVID-19 virus.

A family member identified the senior as Doreen Gauvreau. She died Monday morning at the age of 81 years old.

CTV News spoke to Gauvreau's niece, Nina Vaughn, and daughter, Renee Laboucane, last week. The women said their three family members in care at the facility — Doreen Gauvreau, her husband Sylvio, 89 and Lorne Vaughn, 81 — had all contracted the virus.

The statement added that "Revera's regional and national recruitment teams have contributed to the COVID-19 response by adding 20 new staff members from the Calgary community to McKenzie Towne team in the last week alone, including nurses, health care aides, and culinary, recreation, housekeeping and administrative staff.

"Since the outbreak began," it continued, "37 new staff have been hired, along with 10 agency staff. Alberta Health Services continues to support McKenzie Towne with important nursing resources and clinical expertise."

As of Monday, there were 1,348 recorded cases of the virus in Alberta. Twenty-four people have died.