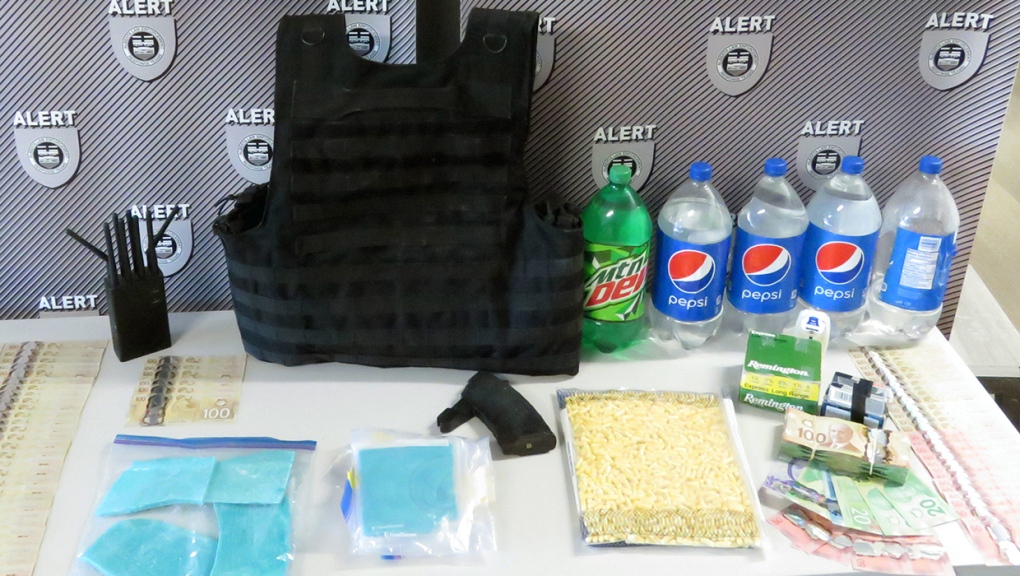 Drugs and cash seized during a traffic stop in the city of Brooks and the search of a home in the village of Empress, Atla. on July 6. (ALERT)

Two people face drug trafficking and possession charges after police seized suspected fentanyl and other illicit drugs from a home in a southern Alberta village and during a traffic stop.

The drugs were allegedly found and seized during a targeted traffic stop in Brooks on July 6 by Medicine Hat Alberta Law Enforcement Response Teams (ALERT) members .

Additional drugs were allegedly found in a house in the village of Empress, Alta., located along the Alberta-Saskatchewan boundary roughly 120 kilometres north of Medicine Hat.

The estimated street value of the drugs is approximately $135,000.

Edward Nicholson, 55, of Empress, Alta. has been charged with:

The traffic stop and search of the Empress home followed a seven-month investigation involving the Medicine Hat Police, the Calgary Police Service, RCMP and the Financial Transactions and Reports Analysis Centre of Canada.

Devonshire is scheduled to appear in court on July 27, while Nicholson remains in custody.