Let's start with some good-news-bad-news for your Halloween and trick-or-treating forecast.

The good news: the chance of flurries during your trick or treating is down quite a bit.

The bad news: …because it'll likely happen by the early afternoon. Up to a centimetre is possible, though a rarity among forecast outputs. Our best odds are a skiff.

Which brings us beyond… Tuesday, the first day of November, will offer the grace of a decent commute to work for drivers, but that’s where the line will be drawn; by the drive home, up to five centimetres will have fallen, capping at up to 10 centimetres by the end of the system Wednesday.

This is part of a large Alberta Clipper, the benefit of which is knowing there will be an endpoint. Still, the snow curling through and the effect of the Clipper on our temperatures will be noteworthy and sustainable. At least it held out until after Halloween.

A chillier week lies ahead following the snow, with Wednesday and Thursday in a slow recovery move ahead of a west-wind sort of Friday; that won't be enough to melt our new layer, however.

Our pic of the day today is from Patty of yesterday's magnificent sunrise. 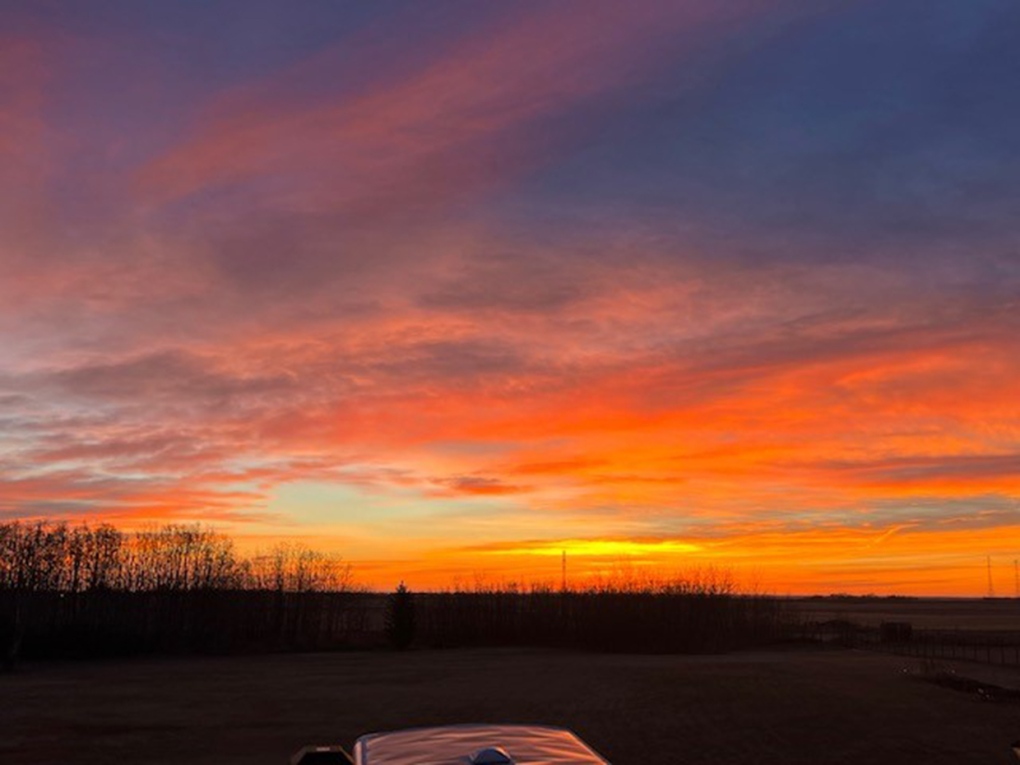 Submit your weather photos here to see them featured in our article, and perhaps even as the pic of the day during our News at Six. You can also share to my Facebook page, on Twitter, or to our Instagram at @CTVCalgaryWeather.