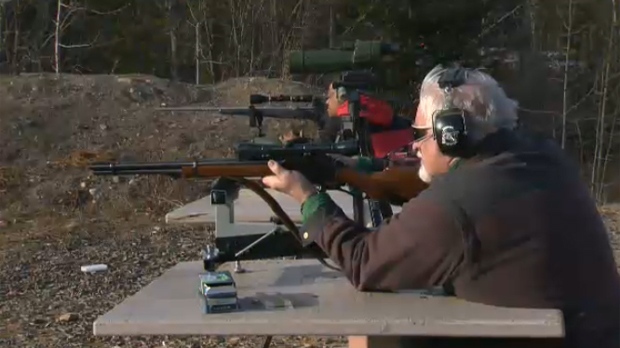 File photo of a shooting range in Alberta.
CALGARY -

An associate professor at the University of Calgary's Haskanye School of Business has been named as Alberta's first-ever chief firearms officers.

A firearms collector and enthusiast for several years, Teri Bryant was a member of the Alberta Firearms Advisory Committee and served as secretary of the Alberta Arms and Cartridge Collectors Association for the past 16 years. She is also president of the Military Collectors Club of Canada.

"As chief firearms officer, Bryant will demonstrate that public safety and a flourishing firearms community are mutually complementary goals," read a release.

"She will ensure that we preserve for future generations a firearms heritage that reflects Alberta’s values of safety, responsibility and respect for individual rights."

Appointing a CFO for Alberta was one of 25 recommendations listed in the Fair Deal Panel report released in May 2020, to get the province to help “minimize Ottawa’s overreach.”

“Many pointed out that the federal government provides Alberta with ineffective police services, while it seizes law-abiding citizens’ firearms,” the report said. “This sentiment was heard the loudest in Calgary and many rural communities.”

In Canada, firearms are federally regulated but provisions in the Firearms Act offer provinces to create their own CFO to help manage ownership, purchasing, movement, and use of firearms.

“Any provincial CFO would need to follow federal law, but enforcement of such laws, including the exercise of discretion, could have an Alberta flavour,” the fair deal report noted.

“If the RCMP did not provide provincial police services,” it added, “Alberta could control how such federal laws are enforced.”

“As a lifelong firearms collector and enthusiast, I could not be more excited for this opportunity to represent Albertans and stand up for our province’s way of life and lawful firearms culture," Bryant said in a statement.

"I cannot wait to meet with other passionate Albertans with Minister Madu on our tour to find out how we can get a fair deal for Albertans.”

Under the federal Firearms Act, provinces may opt-in and administer the Canadian Firearms Program through a provincial chief firearms officer.

The federal government administers the program through a federal chief firearms officer for provinces that opt-out.

By opting in, Alberta joins Ontario, Quebec, Prince Edward Island, New Brunswick and Nova Scotia as provinces with a CFO. Saskatchewan is also in the process of transitioning to a provincial chief firearms officer.