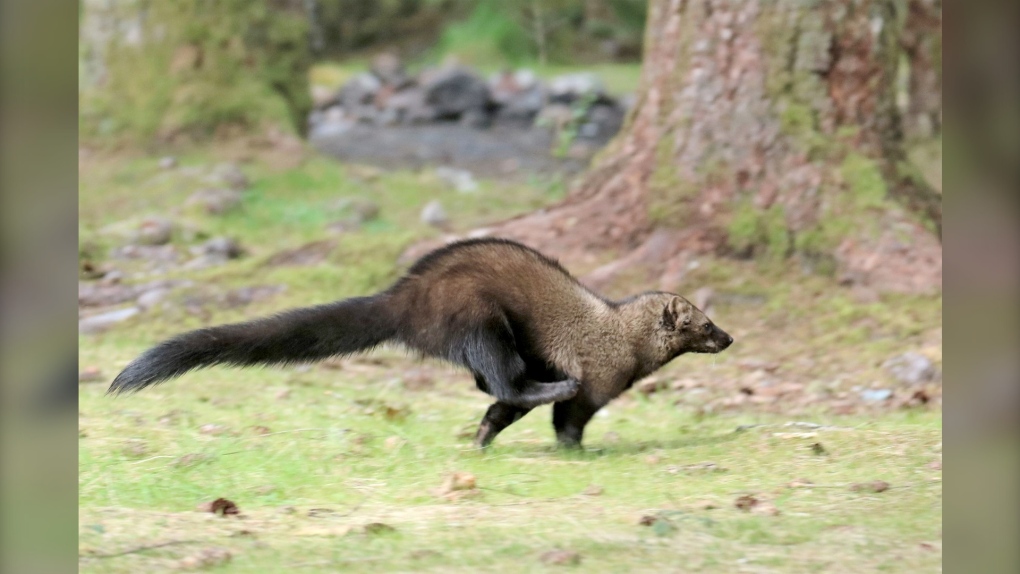 Considered endangered in Washington State, there is a thriving population of Alberta fishers in the northern part of the province. (Calgary Zoo)

Decades after fishers, a cat-sized member of the weasel family, were eliminated from Washington State through over–trapping and habitat loss, the Calgary Zoo is helping to bring them back.

A total of 18 Alberta fishers have been relocated from northern Alberta, where there is a thriving population, to the Northern Cascade Mountains in Washington State earlier this month.

The move was part of a partnership between the Calgary Zoo, Alberta Trappers Association, Washington Department of Fish and Wildlife, the National Park Service and Conservation Northwest

Before being moved, the fishers spent a little more than two weeks at the Calgary Zoo, where animal care staff monitored their health, including food intake, activity and fecal production, as well as collecting samples to check for parasite loads and stress levels

Each fisher was handled only once by veterinary staff during their stay, with each being aestheticized fora full workup including  taking blood and hair samples, determining age, giving vaccinations and deworming along with a surgical procedure to implant a radio transmitter.

“This transmitter is key to tracking their movements after release and gauging the success of the population recovery over time,” the zoo said in a release.

“The Calgary Zoo is also conducting behavior research on the fishers in the wild and while at the zoo.”

Fishers are a house cat-sized member of the weasel family. They’re related to wolverines and otters and are native to the forests of northern Alberta.

And despite the name, they don’t actually eat fish, instead preying on various smaller mammals like mountain beavers, squirrels and snowshoe hares. They are also one of the few predators of porcupines.

They were eliminated from Washington State in the mid-1900s through over-trapping and habitat loss, and are listed as ‘endangered’ by the State of Washington.

Several remote cameras have been set up to record fisher behavior, which will help gauge whether their exploratory behaviour is the same in the wild and in captivity.

“The ultimate goal of this behaviour analysis is to determine whether certain traits are correlated with increased survival and reproduction after release,” read the release.

“And if behaviour is consistent in the wild and captivity, researchers could then assess behavioural traits in the wild to determine whether an animal is a good release candidate, leading to an increase in success rate.”

Since 2018, more than 48 fishers have been released in the North and South Cascades and on the Olympic Peninsula in Washington State.

Those animals have been successful so far, with the populations beginning to reproduce.